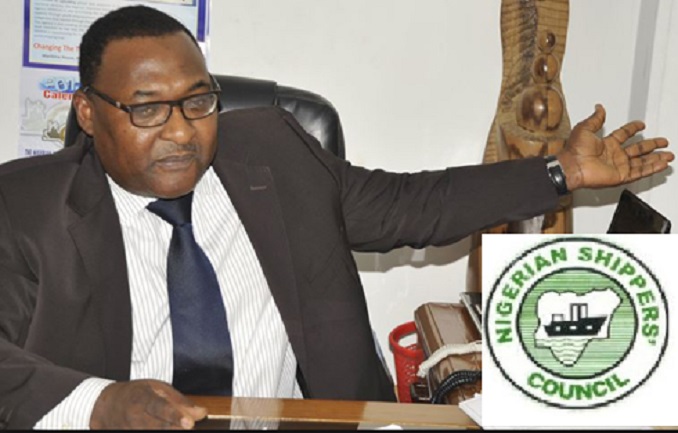 The Deputy Director, Compliance, Monitoring and Enforcement Division, Chief Cajetan Agu recently led the team that sealed off the premises of the shipping company in Apapa Lagos, for over 3 hours.

Among those who were part of the enforcement exercise were officers from the Regulatory Services Department, Complaints Unit, and Public Relations Unit of the Council.

Cosco Shipping was accused of failing to comply with an earlier agreement reached during a tripartite meeting held at the NSC Headquarters, Apapa, Lagos.

Comet Shipping, a tenant in the same building with Cosco Shipping Line was affected by the action of the ports regulator, although the Council had no case against the company.

Following the development, the Group Managing Director of Comet Shipping, Mr. P.L.Carrodano had pleaded with the Shippers’ Council team and requested for an immediate emergency meeting to resolve the grievances.

On arriving the premises of Cosco Shipping, Agu had told the shipping company staff that the Council was on an enforcement mission following the letter received in respect of the unpaid overbilling demurrage to Sunflag Steel Limited by Cosco.

He said that the NSC Complaints Unit and the Compliance, Monitoring & Enforcement Unit had made efforts to resolve the issue in the past.

The Council gave the shipping company (Cosco) a condition that it must write an undertaking “stating the period of refund, and two cheques were raised in favour of the Consignee and the NSC pending when the Liner will clarify the differences from their sister company in Ghana”.

Following this, Cosco Shipping agreed to all the terms and conditions and to issue two cheques before the end of the month, explaining that the company’s financial controller who is to sign the cheque travelled with the CEO’.
After signing an undertaken, the premises were however opened for transactions.

The management of Sunflag Steel Ltd was very grateful to the Council for getting back their unpaid overbilling demurrage on some containers.

The Council frowned at the non-compliance attitude of some stakeholders, warning that it will not hesitate to sanction any erring shipping company, terminal operator, agents, consignee, provider of services, hauliers forthwith if they fail to conform with its directives on trade facilitation in the country.