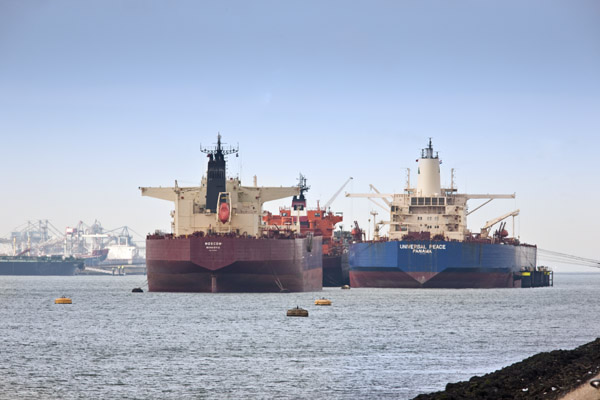 11 April 2018, Sweetcrude, Abuja – Nigeria spent N254.16 billion on importation of Premium Motor Spirit, PMS, also known as petrol, in the fourth quarter of 2017, according to data obtained from the National Bureau of Statistics, NBS.

The NBS stated that petrol import accounted for 12.03 per cent of total import in the period under review.

As a result, total petroleum products imported into the country in the fourth quarter of 2017 stood at N357.8 billion.

In addition, the report stated that Nigeria recorded crude oil and petroleum products export of N3.738 trillion in the period under review.

The report added that petroleum products export accounted for 95.58 per cent of Nigeria’s total export in the period under review.

In its analysis of petroleum export, the report disclosed that crude oil export accounted for N3.25 trillion, representing 83.22 per cent of the sector’s total export; Liquefied Natural Gas, LNG, export brought in N416.58 billion; while other petroleum gases export stood at N28.42 billion.

According to the report, other medium petrol oil accounted for total export of N12.32 billion; liquefied butanes valued at N12.304 billion was exported in the period under review; while liquefied propane and liquefied petroleum gas exports stood at N8.85 billion and N4.81 billion respectively.

It added: “The structure of the export trade is heavily dominated by crude oil, liquefied natural gas, and other petroleum gases, which contributed N3.699 trillion or 94.6 per cent to the value of total domestic export trade in the fourth quarter of 2017.

“Exports by section similarly show that Nigeria exported mainly mineral products, which accounted for N3.772 trillion or 96.5 per cent of the total export value for fourth quarter 2017.