Nigeria Stock slump continues as benchmark falls most since 2016

02 June 2018, Lagos — Nigerian stocks fell the most in two years as skittish investors shied away from assets they deem too risky. Analysts and money managers said the declines weren’t justified and didn’t reflect positive developments in Africa’s largest oil producer.

The Nigeria Stock Exchange All-Share Index tumbled 3.4 percent to 36,816.29 by the close in Lagos Friday, the biggest decline since May 2016 and the lowest level since November. The benchmark index, the world’s best-performing in January, on Thursday gave up its gains for 2018.

“Sentiment globally is less positive than it was on emerging and frontier markets and it is probably floating over to Nigeria,” said Paul Clark, a money manager in Johannesburg at Ashburton Investments, which owns Nigerian stocks including Seplat Petroleum Development Co. “Fundamentally, I don’t see any reason why the Nigerian market should be weak.” 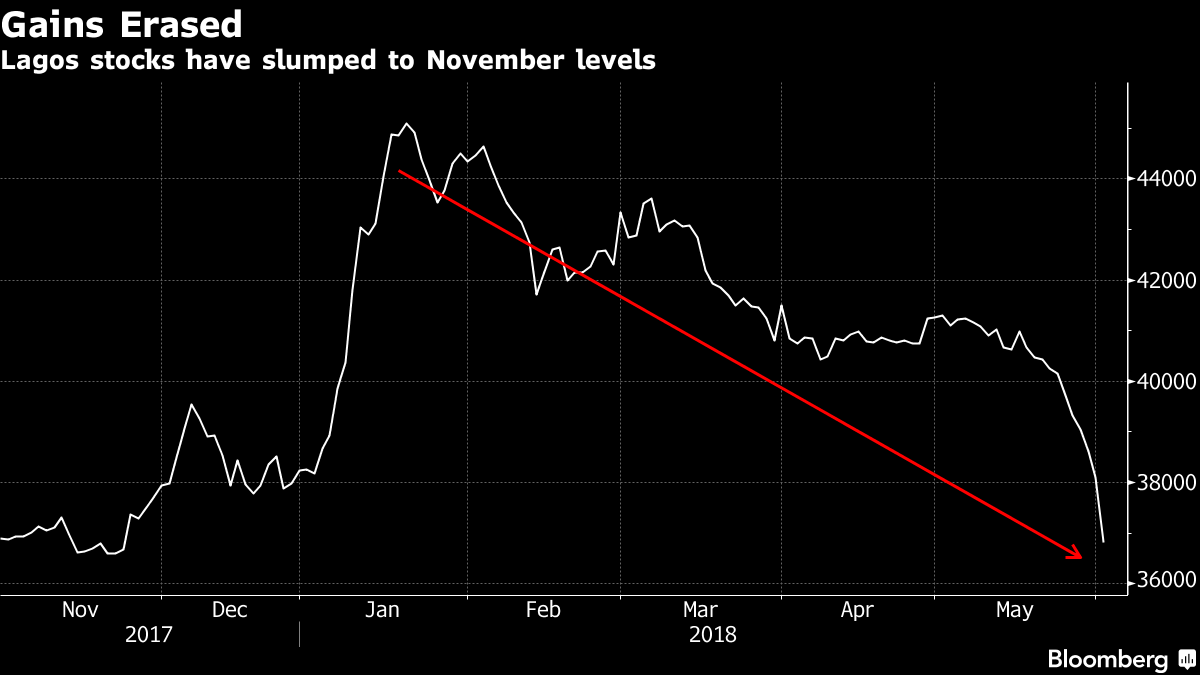 Nigerian stocks surged earlier this year as rising prices for oil, the nation’s biggest export, eased foreign currency shortages and as investors from outside the country were attracted to the market by higher-yielding assets than those in developed markets. The Nigerian is striving to achieve economic growth targets before the continent’s most-populous country holds elections in February.

The benchmark index in Lagos has fallen for 11 successive days, the longest losing streak since July 2015. The 14-day relative strength indicator on the index has dropped to less than 11, well below the level of 30 that some technical analysts see as a signal that those shares have fallen too far, too quickly. 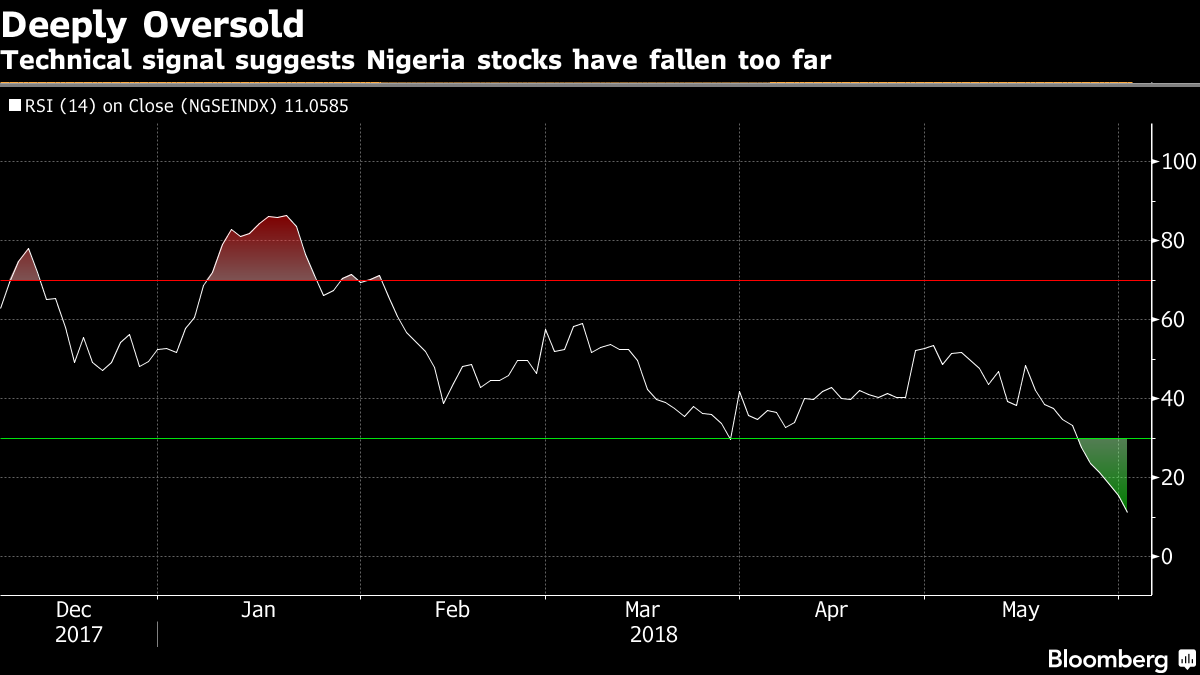 Dangote Cement Plc was the biggest contributor to Friday’s decline in terms of index points, falling 7.1 percent, the most since September 2016. Guaranty Trust Bank Plc, which fell 4.6 percent, and Nigerian Breweries Plc, which fell 4.5 percent were the next-largest drivers of the drop.

General bearish sentiment and a selloff among foreign investors are responsible for the weakness in stocks, said Oyinkansola Fagbulu, an analyst at CardinalStone in Lagos. Pre-election jitters aren’t a significant enough threat to cause investors to exit, she said.

“Overall fundamentals and macros are good, the market should go up in the near-term, but not as much as it did in January,” she said. “We expect election spending to spur cement demand, leading to strong results for the building-materials manufacturer in the coming quarters.”