on: December 01, 2017In: Community Development, featured 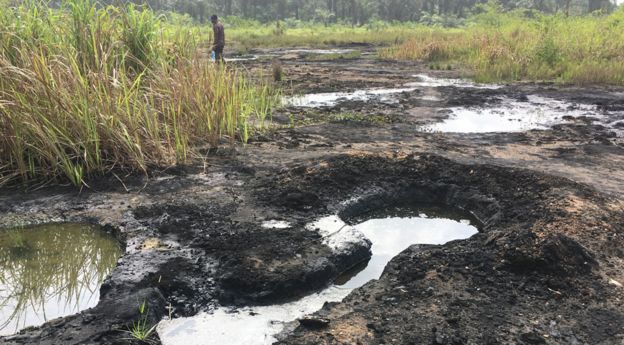 01 December 2017, Sweetcrude, Lagos — A scientist and researcher at the University of St Gallen in Switzerland have called for an urgent investigation of the impact of oil spill on the health of community dwellers in Nigeria’s Niger Delta.

According to the researcher, oil could be the cause of deaths of children in areas surrounded by oil spills in the Niger Delta.

In the newly released documentary video titled, ‘is crude oil killing children in Nigeria?’ by the BBC, some couples living around affected towns were interviewed to ascertain the level of effects of the spills.

While recounting her experience, Love Sunday said her new-born child had taken just three breath before giving up the ghost.

“I held him in my hands. He took just three breath and then he was gone. I’m still mourning him. I weep every day,” she said.

The researchers found that babies conceived within 10 kilometers of an oil spill are twice likely to die in their first month. 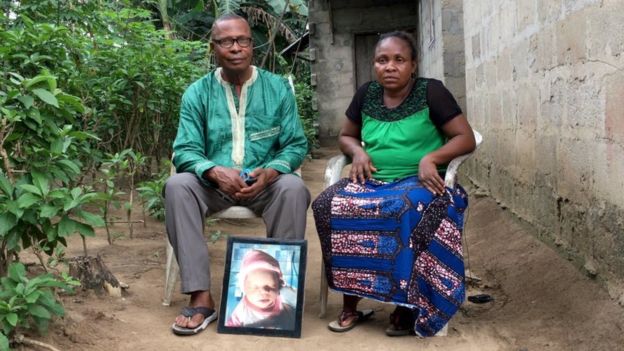 *Barinaadaa Saturday and Chief Bira Saturday sit with a picture of their baby.

Another couple who lost their first and only child in 2014, Barinaada and Chief Bira Saturday also said their child had died immediately after birth.

“I gave birth and the child died at the same time,” Barinaada said.

Her husband, Chief Bira Saturday, explained that their farmlands are always damp with oil.

“As we are working, we are perceiving the odour,” he said.

“The doctor said it affected the baby in my womb,” Barinaada added.

The researchers had compared two sets of data: the Nigerian Oil Spill Monitor which records the time and location of oil spills, and the Demographic Health Survey which has records of the birth histories of Nigerian mothers.
They looked at children who were conceived after a spill within a 10km radius and compared them to their siblings born before a spill.

By only looking at siblings, the research ruled out many other factors like poverty, diet or health of the parents as reasons for the deaths.

It found that children conceived after the spill were twice likely to die in their first month.

“The effect was much stronger than I expected – larger and longer lasting. We found that even if there is an oil spill three or four years prior to conception, it still has a strong effect on the future new-born,” said Roland Hodler, professor of economics at the University of St Gallen and co-author of the report.

Another victim of the spill, Patience, and Batom Sunday recounted losing their first born child in October.
“The nurse who was taking care of my baby at the hospital decided to carry him to the house to bathe him but he collapsed,” Patience said.

According to the research, each of the parents met, knew at least two others who had lost a baby.

“Doctor said I should not use rainwater again because it contains oil,” she added.

Researchers have found that when oil spills on land, it seeps into the soil and water table.
Some studies also show that exposure to crude oil can cause cancer.

The documentary then ruled that “at this stage, it is impossible to link these oil spills directly with deaths of children here”.

However, researchers are calling for an urgent investigation into the effect of crude oil spills to people’s health.
The spills in the areas surveyed came from pipes run by Royal Dutch Shell.

Shell has been accused as the cause of oil spill in Ogoniland.

In 2009 and 2012 respectively, the International Oil Company, IOC, accepted responsibility for the two spills in K Dere in Ogoniland, Rivers State.

Offering an explanation as to why the spills in Ogoniland linger, Shell had said it was hindered by the “wider access challenges in Ogoniland”.

In several bids to clean up Ogoniland, the IOC said it kept meeting a brick wall among the people who have also held several protests against its operations.

Shell also said it had paid compensation to those affected by the 2009 spill.

However, the IOC had claimed no third party was affected by the 2012 spill hence, no compensation was paid.
The IOC had sometimes, blamed the spills on criminals who break into the pipelines to steal oil.

“The Nigerian government has failed to regulate these oil companies. The same international oil companies behave very differently in Nigeria than they do in Norway or Texas,” said Hodler.

“But local people have a part to play in all of this too, including those such as woman near Love Sunday’s house who are involved in artisanal refining – selling petrol made from crude that is stolen from ruptured pipelines,” he added.