Nigeria targets 70% control of oil and gas operations by 2027 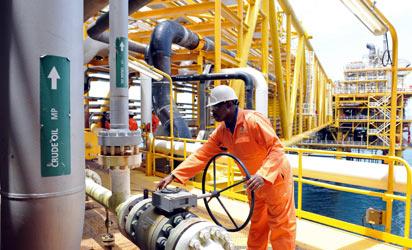 Lagos — Nigeria is looking at achieving 70 percent control of the oil and gas sector operations by 2027.

The 70 percent target is an upward movement from the current 40-45 percent the country holds in every project with international oil companies.

The target is in line with the Nigerian Content and Development Monitoring Board, NCDMB’s, NOCDIDC Act of 2010 which took off in 2017.

Before the coming of the NOGIDC Act, Nigeria suffered capital flight of $380 billion per year and had less than 5 percent Nigeria content value. Projects in the oil and gas sector were usually shipped to Europe, North America, and Asia, leading to job losses of about 2 million.

As at this year, he said, the target-in-country value addition had risen to 70 percent while the Nigerian Content level is currently at 30 percent.

He added that by 2027, the board would have achieved 70 percent retention of industry spend and created 300,000 direct jobs. He also stated that by 2027 also $14 billion out of $20 billion spent in the sector would be retained in-country and that there would be more shipyards while more manufacturing would take place in-country.

He, however, clarified that clamour for an increase local content did not mean foreigners not being allowed in-country for business purposes.