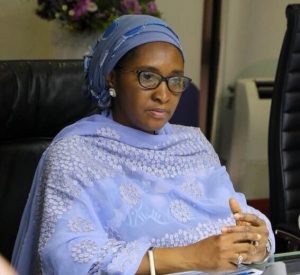 Abuja — Nigeria expects to borrow at home and abroad to finance a 5.36 trillion naira budget deficit for 2020 as well as using proceeds from privatisations, Finance Minister Zainab Ahmed said on Wednesday.

The cabinet approved a revised budget of 10.52 trillion naira on Wednesday, slightly down from 10.59 trillion approved earlier, Ahmed said, adding that expenditures related to COVID-19 previously not included had been added.

Nigeria’s economy, which relies on crude oil sales for 90% of foreign exchange earnings, has been hit hard by low oil prices following a dispute between Russia and Saudi Arabia, as well as the impact of the global coronavirus pandemic.

Ahmed told reporters the revised budget for Africa’s biggest oil exporter approved at Wednesday’s ministerial meeting assumed a crude oil price of $25 per barrel along with output of 1.94 million barrels per day and an exchange rate of 360 naira to $1.

With global oil prices plunging, Ahmed said in March that this year’s record 10.59 trillion naira ($29.42 billion) budget would be cut by about 15%. But on Wednesday, she announced a reduction of just 71.5 billion naira.

Ahmed said the deficit would be part-financed with borrowing from the International Monetary Fund, the World Bank, Islamic Development Bank and Afrexim Bank.

The proposed changes require the approval of lawmakers in the National Assembly before being signed into law by the president.