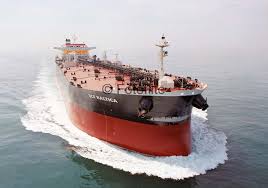 Lagos — Nigeria will increase importation of petrol from China as the Asian country ramp up petrol exports in July and August to near record levels.

The main destinations for the Chinese export are Nigeria and Mexico.

Nigeria began import from the Asian country with 51,000 metric tons in January this year.

PetroChina has been granted an excess gasoline export quotas of 4.7 million tonnes in the second batch of quotas issued in May, and as a result, the company is placing extra cargoes to Nigeria, Mexico and Chile.

China’s fuel export is a result of the start up of two large-scale refineries owned by Hengli Petrochemical and Zhejiang Petrochemical that will each add about 4 million tonnes per year of new gasoline output when fully operational.

Nigeria, an oil economy, relies on gasoline imports for its over 180 million population due to lack of functional local refineries.