Lagos — Nigeria’s Presidency has said the Mambilla power project is no longer among projects it intends to invest the repatriated Abacha loot on.

Garba Shehu, Senior Special Assistant to the President on Media & Publicity, in a statement on Wednesday, said the funds will now go towards only three of the federal government’s priority projects.

Adesina had initially said the 311 million dollars Abacha loot would be spent on the Second Niger Bridge, the Lagos-Ibadan and Abuja-Kaduna-Kano expressway, the Mambilla Power Project, and the fight against COVID-19 in the country. 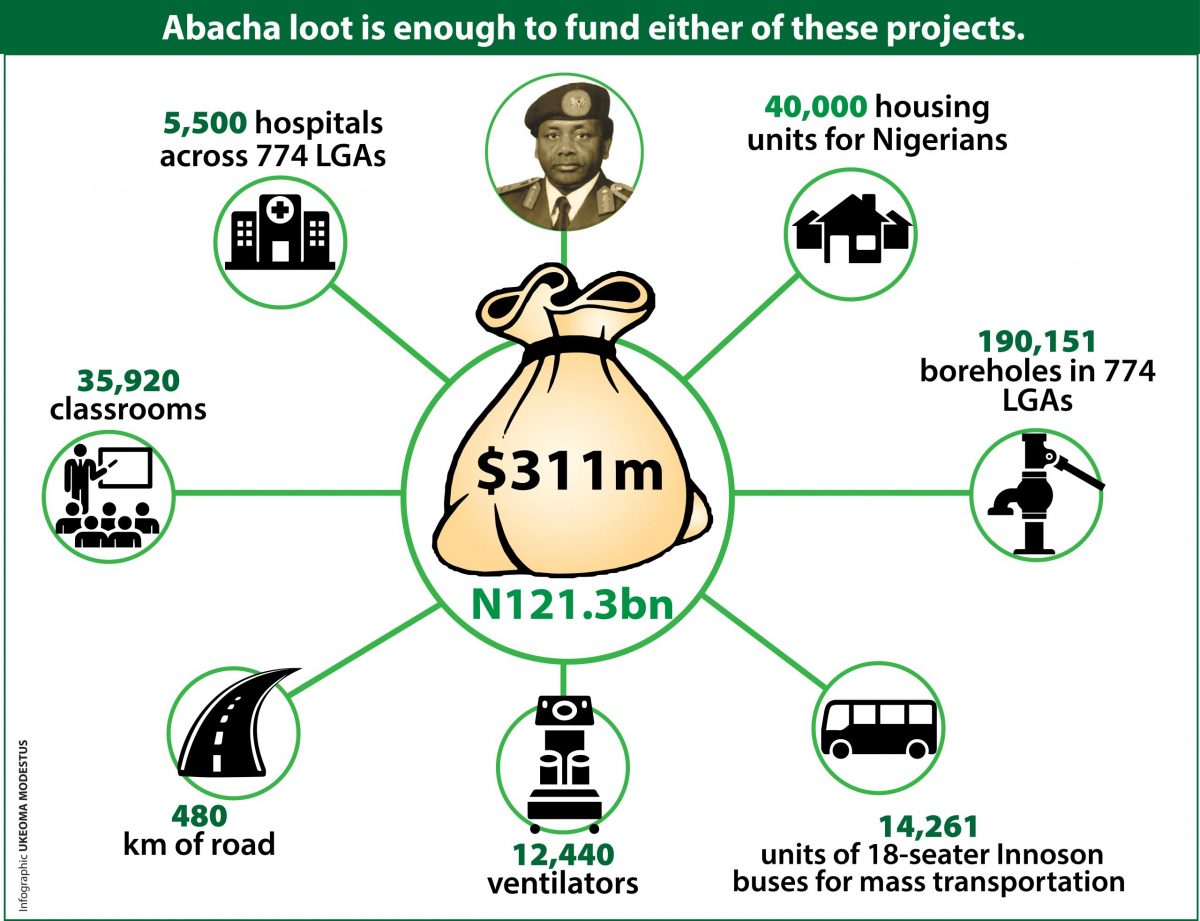 ”The projects include the second Niger Bridge, the Lagos-Ibadan and Abuja-Kaduna-Kano expressways – creating tens of thousands of Nigerian construction jobs and local skills, which can then be useful in future projects.

”Part of the funds will also be invested in the Mambilla Power Project which, when completed, will provide electricity to some three million homes – over ten million citizens – in our country.

”The receipt of these stolen monies – and the hundreds of millions more that have already been returned from the United Kingdom and Switzerland – are an opportunity for the development of our nation, made far harder for those decades the country was robbed of these funds.

”Indeed, previous monies returned last year from Switzerland – some 320 million dollars – are already being used for the government’s free school feeding scheme, a stipend for millions of disadvantaged citizens, and grain grants for those in severe food hardship.

”Without these funds, the fight against COVID-19 would be even tougher,” he said in a statement last week.

However, on Wednesday, Mr. Shehu said he had “mistakenly noted” the Mambilla project as one of the priority projects.

“In an earlier statement, I had mistakenly noted that the Mambilla was one of five priority projects to benefit from the $311 million Abacha loot under the Presidential Infrastructure Development Fund (PIDF) managed by the Nigeria Sovereign Investment Authority (NSIA)”, describing his earlier statement as a “regretted error”.

Explaining further, he said although the Mambilla and East-West expressway are regarded under the PIDF as priority projects, however, he later confirmed that they are exempted from the agreement signed between the Nigerian, United States and British territory of Jersey governments.

“According to the document, only the second Niger bridge, Abuja-Kaduna-Kano expressway and Lagos-Ibadan expressway will benefit from the repatriated funds. The funds are domiciled in the NSIA”, he said.