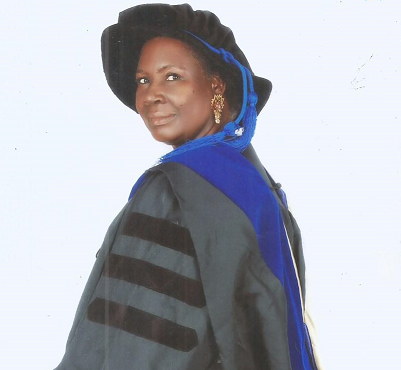 31 January 2019, Sweetcrude, Port Harcourt — The Vice-Chancellor of Nigeria Maritime University, Okerenkoko, Delta State, Prof. Maureen Etebu, has commended the President Muhammadu Buhari-led Government, for what she described as the continued development of the university.

Recall that the University was granted approval by the National Universities Commission, NUC, to commence undergraduate degree programmes effective from the 2017/2018 academic session.

The Maritime University, which has 13 departments in three faculties namely: Transport, Engineering, and Environmental Management commenced full academic activities in April 2018 with over 300 students.

The VC stated that the Buhari administration’s efforts towards the development of the University also shows its commitment to improving the maritime sector, which is fundamental to the growth and development of the nation’s economy.

Speaking while showcasing the institution’s facilities and infrastructure at its take-off campus to the Niger Delta New Vision team from the Office of the Vice President, Etebu said this has helped in sustaining peace in the Niger Delta region while adding that the University has become a beacon of hope to Niger Delta youths.

According to her, “We are grateful to the Federal Government for its support, without which, the Maritime University would not have taken off. They have been magnanimous to us.

“Indeed, we have been able to start only because the Federal Government energized the process and released funds to the Maritime University. You can see the progress here already. And since the university started, it has contributed to the peace in the Niger Delta region,” she noted.

The VC also lauded the Nigerian Maritime Administration and Safety Agency, NIMASA, for its financial contributions towards the University’s development, a pointer to the synergy that underpins good relations among ministries, departments and agencies under the Buhari administration.

She stated that all lecturers in the university went through a strict recruitment process before they were employed, adding that the University has great potential to positively impact development in the region and in the country at large.

“The maritime industry is global, and there are so many resources that have not been tapped until now. You have heard our university anthem, ‘sailing through the marine ways of the world’ so it’s limitless. Being a premier Maritime University, we want to keep the flag flying, and I know we would be number one for a long time.

“Maritime University is a unique institution that would cater for the needs of Nigeria’s maritime industry for years to come. We thank the Vice President and the President for this project because Nigeria needs it.”

Also, the Special Assistant to the Vice President on Communication Projects/Niger Delta, Mr. Arukaino Umukoro, expressed delight at the institution’s facilities, which he attributed to the Buhari administration’s commitment to the development of the Niger Delta region and the nation’s maritime sector.

Umukoro recalled that in November 2017, President Muhammadu Buhari had approved an increase in the take-off grant allocated to the University from the N2billion earlier announced to N5billion.

“This sum was included in the 2018 budget presented to the National Assembly in November 2017. Similarly, an additional N1billion was approved by the President to support crucial infrastructure works and staff recruitment in the University. The Delta State government also donated two 500KVA generators to the University.

“These efforts have aided the take-off of the institution, which arguably boasts world-class teaching facilities which include: state of the art lecture rooms kitted with projectors and air conditioners, school laboratories, Olympic size swimming pool, library, event hall, cafeteria, hostels, a health center that also serves neighbouring communities, amongst others.

“Also, in October, last year, the NMU signed an academic partnership with the Caribbean Maritime University at the Presidential Villa, Abuja, in the presence of the Vice President Yemi Osinbajo. Under this MOU, the CMU offered scholarships to two students of the Maritime University.”