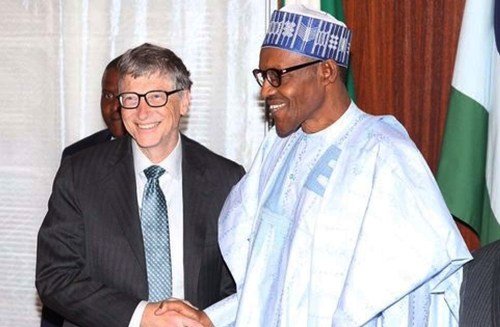 24 March 2018, Sweetcrude, Abuja – The Federal government has said that contrary to comments made by Bill Gates, co-chairman of the Bill and Melinda Gates Foundation, human capital development is a priority in its economic blueprint.

Speaking at the special session of the National Economic Council (NEC) meeting presided over by Vice President Yemi Osinbajo at the Presidential Villa, Abuja, Gates said there was an urgent need for the Federal Government to take a second look at the National Economic Plan in terms of its priorities for human capacity development.

He had said the execution plan of the blueprint does not prioritise human capital development.

“The Nigerian government’s Economic Recovery and Growth Plan (ERGP) identifies investing in the people as one of three strategic objectives. But the execution priorities don’t fully reflect the people’s needs, prioritising physical capital over human capital,” Gates had said.

The philanthropist said the ERGP, which must reflect the people’s needs, should also prioritize human capital development over physical capital as it is designed currently.

He told the Nigerian government that “to anchor the economy over the long term, investment in infrastructure and competitiveness must go hand in hand with investments in people.

But, Minister of Budget and National Planning, Sen. Udoma Udo Udoma, made the Federal government’s position known in a statement signed by Akpandem James, his media aide.

“To demonstrate the commitment of the government to improving human capital development at the national level, the federal government has made significant increases in capital allocations in human capital related sectors in the last three years in spite of dwindling revenues,” the minister said.

He said the Buhari-led administration has increased the capital expenditure for health and education.

“In addition, the current administration has launched a wide-ranging Social Investment Programme which caters for human development for which a total budgetary allocation of N500 billion has been provided in the 2016 and 2017 budgets as well as the 2018 budget proposals.”