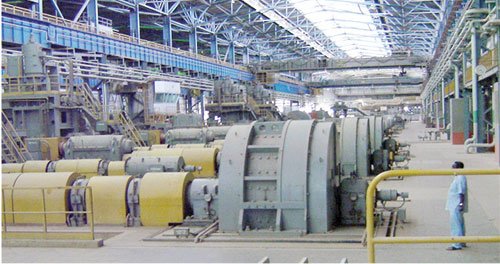 In an updated timeline briefing by the Ministry of Mines and Steel headed by Kayode Fayemi, seen by SweetcrudeReports, the ministry said federal government expects the technical audit to be completed and the process for soliciting expressions of Interest from interested core Investors to commence.

In a press briefing early March, the minister had hinted that Ajaokuta will be concessioned after an independent and verifiable technical audit is ready to ascertain the level which the project is currently on.

The country has spent $8 billion since the project was embarked upon in 1979.

According to the briefing note, the ongoing technical audit is being conducted by in-house personnel at ASCL.

A similar audit awarded to Reprom Nigeria Limited, an Ukrainian-based firm, had taken place in 2010.

On August 4th, 2016, the ministry signed a modified Consensus Agreement with Global Infrastructure Holding Company in the aspect of ownership and auditing of the project.

Fayemi hinted that the agreement and audit will be ready in few weeks’ time.

This round of audit is to make the path clear from the controversies surrounding the steel that arose from the Obasanjo’s administration which concessioned it and the Yar’adua administration that revoked the concession of the Ajaokuta steel.