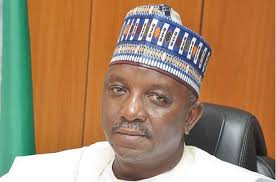 Lagos — Following the sack of the now-former Managing Director of the Nigerian Bulk Electricity Trading Plc., Marilyn Amobi on Monday, fresh information reaching SweetcrudeReports indicates that the company has been returned to the Ministry of Power.

As ordered by the Minister of Power, Sale Mamman on Monday, Dr. Amobi was replaced with Mr. Nnaemeka Eweluka who used to be the company’s General Counsel and Secretary.

Sources close to the matter told this newspaper that for Amobi’s sack to have been ordered by Mamman means NBET has now been returned to the Ministry of Power.

This is the second time within the space of few months that Amobi would be ordered out of office by Mamman.

The first incident occurred in December 2019 when Amobi was removed.

But in January this year, President Muhammadu Buhari overruled the dismissal in a memo issued by the Secretary to the Government of the Federation, Boss Mustapha, and directing Amobi to return to office.

However, SweetcrudeReports gathered that for her sack and appointment of the new MD to have been ordered by the Power Minister indicates that NBET has been returned to the Power Ministry as its functions are purely power-related.

“The presidency has since realised the mistake of moving NBET to the finance ministry. It has since this year returned the agency to power ministry,” one of our sources said.

Besides, reason given for Amobi’s sack by Mamman was said to be “in furtherance of the reorganisation and realignments in the power sector”.

Before the appointment of Eweluka as the Managing Director, he was the company’s General Counsel and Secretary.

Artimas said President Muhammadu Buhari had earlier approved the recommendation to this effect.

Eweluka, a lawyer, has over 20 years’ experience, spanning private practice, academics, and the Power sector.

He is a specialist on privatisation and legal energy reforms as well as a member of the Chartered Institute of Arbitration,” he said.