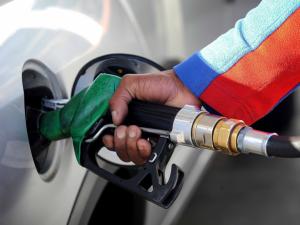 07 January 2018, Sweetcrude, Abuja – The Nigerian Government on Friday announced that it had commenced a review of the pricing template for Premium Motor Spirit (PMS), popularly known as petrol. It noted, however, that the price of the product would remain unchanged.

The Minister of State for Petroleum Resources, Dr. Emmanuel Ibe Kachikwu, who revealed this in Abuja said the review became necessary following the various pricing concerns surrounding the actual cost of a litre of PMS.

This is coming as President Muhammadu Buhari, as well as the Federal Executive Council had directed the Federal Ministry of Petroleum Resources and the Nigerian National Petroleum Corporation (NNPC) not to allow the price of petrol to go beyond N145/litre.

Kachikwu, who spoke to journalists during the ongoing oil sector stakeholders meeting at the headquarters of the ministry in Abuja, insisted that there was no plan to change the pump price of petrol from N145/litre, adding that the Petroleum Products Pricing Regulatory Agency (PPPRA) was working on a new pricing template for PMS.

The minister, however, did not explain how the PPPRA would review the template and keep the cost of the commodity at N145/litre, considering the fact that the landing cost of PMS was currently around N171/litre.

Kachikwu, who only allowed and responded to two questions from journalists, noted that the aspects of the template that had to do with logistics, profit margins for operators, among others, were being reviewed in the pricing template by the PPPRA.

The minister said, “PPPRA obviously develops the templates and helps us to monitor importation into the country. The template has always been an issue because as prices change in the international market, some of these templates get a question mark.

“There are two lines as regards this template; there is the actual cost of landing the product, on the template, and there are other ancillary charges that deal with logistics, profit margins for the operators and all of that.

“As part of this committee’s work, we are also reviewing that template to see whether there are things we need to do to help us ensure that we can accommodate sales at the N145/litre window. So, that is also going to be looked into. The PPPRA is working on that and is heading a special committee on it.”

When asked whether independent marketers were now free to sell petrol beyond the regulated rate set by the government, Kachikwu replied, “There isn’t a multiple price-fixing environment where people can work outside the umbrella of what has been fixed.

“What we approved is a modulation of between N135/litre and N145/litre. I’m aware that as of this morning, some people sold at N143, while most of the stations sold at N145. But some recalcitrant individuals sold above that and that is where the law will go after them. So there isn’t an authorisation to sell outside the N135/N145 bracket. Nobody is free to set a price above that.”

Kachikwu said rumours about the actual cost of petrol had increased the difficulties encountered by the NNPC in terms of controlling the cost of the commodity.

He said, “There was a statement credited to me that said that price might be increased to N180. No such statement was made; no such plan is intended. I need to clarify this because sometimes some of these rumour mongers all add to the difficulties NNPC had in terms of being able to control price speculation.

“The President’s mandate on this issue is very specific: we are not increasing the price from N145. The essence of our meeting (on Thursday) and the essence of the committee meeting still going on, which began a few days ago, is to find mechanisms to ensure that fuel queues do not come back to Nigeria.

“It is to also ensure that the product is available at every time for Nigerians; that private marketers who had pulled out from participation, that we deal with their problems so that they can participate effectively in the supply of petroleum products in the country, all within the parameters of N145 per litre pump price.”