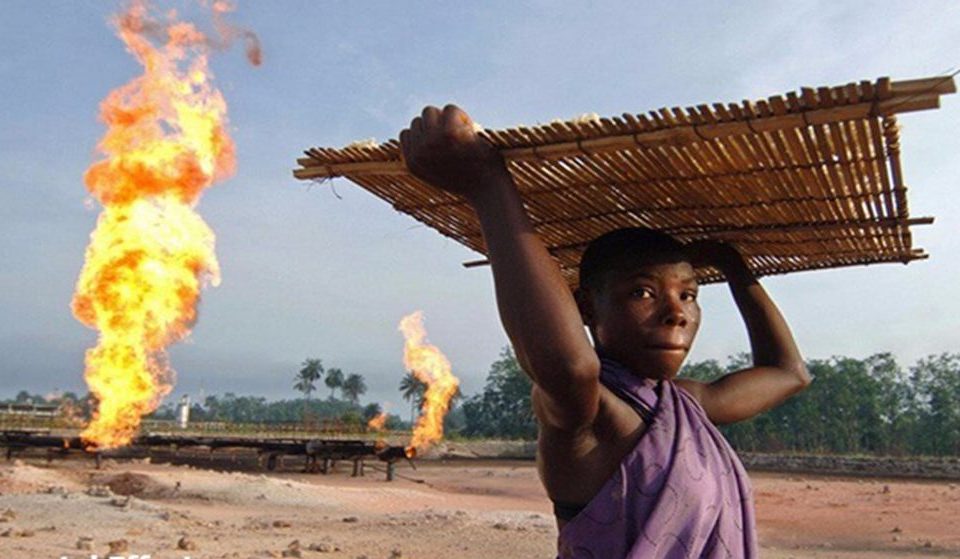 *A community dweller next to gas flare stacks in the Niger Delta.

This was revealed to SweetcrudeReports by a top official of the Department of Petroleum Resources, DPR.

According to our findings, the Bill was signed this month, July.

With its signing, the government will then embark on an aggressive advertisement for prospective investors in August.

The NGFC programme is a government initiative to allocate gas flare sites to companies with both technology and financial capacities to harness the product for commercialisation.

After advertisement in August, we learned, a proper bid round will then hold in November.

Our source also revealed that latest, the first quarter of 2019, licenses will be issued to successful companies to begin commercialisation of the products.

The project we gathered, would gulp the sum of $3 billion capital worth of investments.

When the NGFC finally kickstarts, SweetcrudeReports learnt, has the potential to create 300, 000 jobs, provide 6 million households with access to clean energy, production of 600, 000 metric tonnes of Liquefied Petroleum Gas, LPG also known as cooking gas per year and would unlock generation of 2.5 gigawatts of electricity.

The government had in time past, sighted challenges to the project as aging infrastructures, economic dependence on oil revenue, funding of Joint Venture, JV projects, insecurity and pipeline vandalism among others.