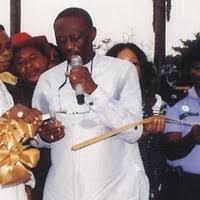 *As FG plans emergency virtual meeting in week ahead

Lagos — The Nigerian government and stakeholders in the oil and gas downstream sector are currently at each other’s throat over the former’s announcement that the sector had been deregulated.

The fallout began after the Nigerian National Petroleum Corporation, NNPC, last week, announced that it had deregulated the downstream sector since March.

However, in what stakeholders described as a controversial move by the state-owned corporation and its sitting minister, Timipre Sylvia-
was government’s decision to hold tightly to fixing of prices of premium motor spirit popularly known as petrol and other petroleum products instead of them being determined by market forces.

It turned out that the singular downstream deregulation move by the NNPC without adequate deliberation even with the Petroleum Products Pricing Regulatory Agency, PPPRA did not sit well with stakeholders who have now called out government for taking laws into its hands.
The Petroleum Act 1969 as amended, empowers the Minister of Petroleum to set the price through the PPPRA Act.

“The PMS and petroleum products are very strategic commodities, so you cannot allow the price of these commodities to be determined only by marketers.

“It is government responsibility to protect the consumers, anywhere in the world, if you want to buy anything, you have what you call the recommended price.

“The consumer protection agency will fix a price so that nobody will profiteer on the people. So, if you allow marketers to just go ahead and fix prices as they like, it will not be good for our people because this commodity is very central to the lives of our people,’’ he said

“If you say that PPPRA should not at list work with the marketers, the marketers can decide to profiteer on the people.

“ We have been having a running battle with them to bring their price down because the landing cost has also reduced but they refused,’’ Mr. Sylva had said last Thursday.

However, Prof. Wumi Iledare, the former President, Nigeria Association of Energy Economics, NAEE and current head, Ghana National Petroleum Corporation, GNPC, Professorial Chair in Oil and Gas Economics and Management at the Institute for Oil and Gas Studies, University of Cape Coast, Ghana, said on Sunday that government needed to back the deregulation with a new law.

“Deregulation has to be backed by dissolution or discontinuation of an existing regulation or law.

He noted that when the downstream oil sector was properly deregulated, it should be in the gazette for full implementation.

“To deregulate, there must be a regulation gazette not implied from executive order or in the front pages of the newspaper.

“You cannot have an unstructured PPPRA and Petroleum Equalisation Fund, PEF and claim to have a deregulated downstream,” he said.

Mr. Joseph Nwakwue, the Chairman, Society of Petroleum Engineers, SPE Nigerian Council, argued that the government was yet to deregulate the downstream, especially as there was yet to be an amendment or change in the existing legislative framework.

“Deregulation? That is a tall one. Do you fix prices in a deregulated market?

“To deregulate, the downstream would require change in the existing legislative framework and market structure in my humble opinion.
“We may have set the pump price at cost recovery levels but have not taken the necessary steps towards deregulating the sector.”

Meanwhile, Dr. Billy Gills-Harry, the President, Petroleum Products Retail Outlets Owners Association of Nigeria, PETROAN said government should make open the terms of the deregulation to enable marketers to carry out their functions in line with the guidelines.

“The only thing we can say is what are the rules? What are the extant laws backing it? What are the situations that would make sure that this deregulation stands?
“What would be the role of the PPPRA then? What would PEF be doing? Those are the questions,”’ he said.
According to him, the minister is not wrong if he says that deregulation has started.

“The only thing I will request him to do is to engage PETROAN and other stakeholders.

“This is because, in the petroleum sector, PETROAN is a very critical stakeholder because we are the last mile in the distribution chain before the consumers get the products for their vehicles or get gas in their cylinders to cook,” he said.

Marketers of petroleum products under the aegis of Major Oil Marketers Association of Nigeria, MOMAN expressed concerns saying that the federal government need to enact legislation to fully liberalise the pricing of petrol, rather than using a price modulation method to determine prices.

According to him, it has become necessary for the association to state its position as the Minister had announced that the government would implement a policy of “price modulation,” which means it would give effect to existing legislation enabling it to set prices in line with market realities through the PPPRA as provided in its Act.

Government to meet stakeholders
In view of the heated arguments, SweetcrudeReports learnt that government is already planning to hold a virtual emergency meeting to calm fraying nerves, and chart a way forward.

The meeting we learnt will be held online in the coming weeks before end of May.