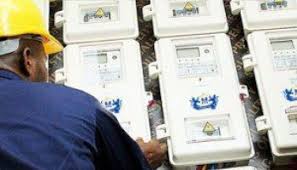 Lagos — The Federal Government will begin a fresh round of meter distribution in the first quarter of 2022.

Findings show that four million meters will be distributed in this stage tagged Phase 1 of the metering plan.

Unlike when meters were imported, SweetcrudeReports investigation revealed that meters will be sourced from local manufacturers would have already started bidding for the contract.

Further findings revealed that funds for the meters are being provided by the federal government and the Central Bank of Nigeria, CBN.

The World Bank has also pledged to support with additional meters to close the wide metering gap.

The Nigerian Electricity Regulatory Commission, NERC had introduced the Credit Advance Payment for Metering Implementation, CAPMI after the 2013 privatisation exercise as a way of closing the metering gap in the power sector. The scheme, however, failed as most consumers who paid did not get metered due to funds being trapped in an Escrow account.

As a result, the Meter Asset Providers, MAPs was introduced following CAPMI’s failure to meet target.

And just like CAPMI with its many challenges, the MAPs’ meter rollout was slow-paced due to lack of funding, prompting an intervention by the federal government with the National Mass Metering Programme, NMMP.

The Phase 0 of the mass metering exercise which began in 2020 had targeted one million households.

The DisCos were able to distribute just a little over 200, 000 meters under the MAPs.

SweetcrudeReports findings revealed that the NERC did not merge MAPs and NMMP as is being speculated, as one of our sources hinted that both programmes will run concurrently.

However, while electricity consumers who can wait for FG’s free meters under the NMMP are at will to do so, those who cannot, are permitted to apply for meter under the DisCos MAPs, as they (consumers) will get refund with electricity units from the respective DisCos in charge of their area.