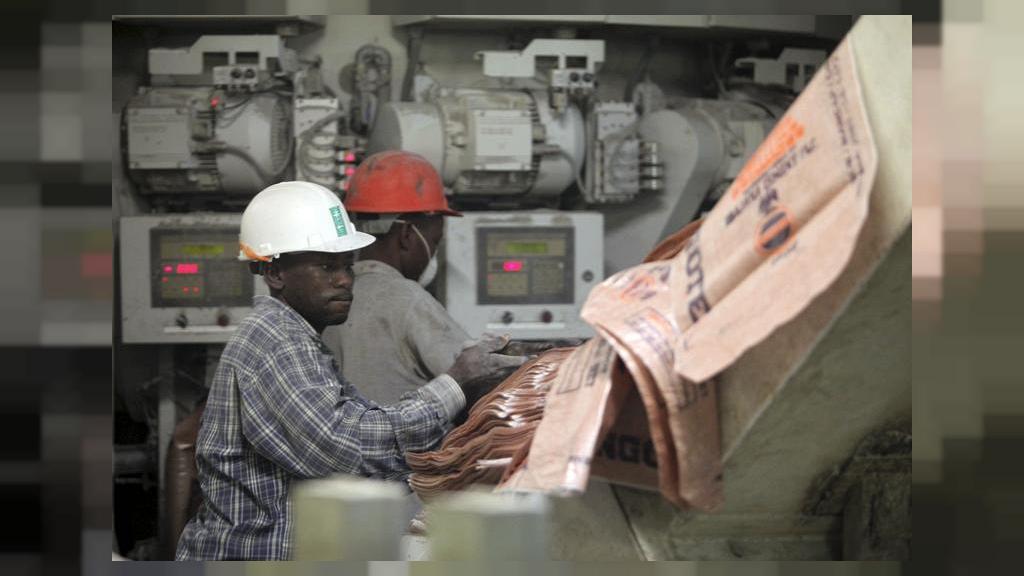 Oscarline Onwuemenyi
09 August 2017, Sweetcrude, Abuja – The instability in electricity supply from the national grid has continued to make businesses to look inwards through independent power generation, a new report has said.

According to the survey conducted by the Manufacturers Association of Nigeria (MAN), expenditure on self-generated energy in the manufacturing sector increased from N58.82bn in 2015 to N129.95 in 2016.

The report of the survey just released showed that the sector spent N71.13bn more on independent power generation in 2016.

A further analysis of the report indicated that manufacturers spent N66.99bn on independent power generation in the second half of 2016 as against N29.48bn spent in the corresponding period of 2015, showing an increase of N37.51bn.

It also increased by N4.03bn when compared with N62.96bn recorded in the preceding half of the year.

The report revealed that the share of energy for the sector stood at 36 per cent, and the supply averaged eight hours.

It stated that the rising expenditure on independent power generation and arbitrary increase in electricity tariffs were responsible for the high cost of production in the sector.

This, it noted, made it difficult for made-in-Nigeria products to compete well with imported goods in terms of pricing.

The association, in the report, noted that the macroeconomic terrain in 2016, especially in the first half of the year, was highly volatile.

It further described the acute shortage of foreign exchange, high lending rate and exclusion of some vital manufacturing raw materials from the official foreign exchange market as major economic problems during the period, adding that the situation was made worse by the declining household consumption due to inflationary effect on real time income.

The preferential forex allocation to manufacturers by the Central Bank of Nigeria, according to the association, was however the turning point in the second half of 2016.

This, it said, was because the forex allocation was able to support the various investments already made locally for the development of raw materials and production, to a large extent.

“This, in fact, was responsible for the production momentum gained in the economy in the second half of the year,” the report stated.

It urged the government to re-classify manufacturing sector into strategic gas users from the current commercial classification.

MAN stressed the need to ensure proper settlement of acquired properties such as land for electricity equipment installation to avoid venting of anger that would lead to destruction of the infrastructure.

Meanwhile, even with the steady expansion across both manufacturing and non-manufacturing sectors as revealed by the latest Purchasing Managers’ Index (PMI), more manufacturers are expected to go off-grid as part of measures to reduce production costs and enhance competitiveness.

The Manufacturers Association of Nigeria is hoping to increase the number of its members on its own Independent Power Project (IPP) scheme in Makun industrial cluster on the Lagos/Ibadan corridor before the end of 2017.

It hopes to use the Manufacturers Power Development Company (MPDC), as a vehicle to achieve the gradual transition from dependence on distribution companies for electricity to its IPP.

Already, it is expected to seal the Power Purchase Agreement (PPA) with ASB Valiant Company this month, to ensure that there is a smooth transition to alternative power solution as well as ensure that its members’ electricity needs are met.

The Chairman, Economic Policy Committee, MAN, Reginald Odiah, who spoke with reporters explained that the partnership would see ASB supply reliable power to manufacturing outfits along the Lagos/Ibadan corridor on agreed terms. He maintained that this would go a long way to cut down undue expenditure and the extra cost in providing alternative means for power generation incurred by manufacturers in the country.

According to him, this was the time to break the monopoly of the power generation and distribution in the country, as MAN is engaging several stakeholders to achieve this objective.

Odiah stated this during a breakfast meeting with stakeholders in the manufacturing industry.

“Currently, about 40 per cent of our production costs go into energy provision and this is not healthy for businesses, especially when we have to compete with imported products. Therefore, everything we can, we must do to ensure that we bring our cost down and one of them is the power situation,” he said.

Chairman, Board of Directors (MPDC), Mr. Ibrahim Usman, who was represented by Otunba Francis Meshioye, explained that the move became important as production cost continues to erode many firms’ profitability.

Managing director of ASB Valiant Company, Ayodele Ikumapayi, explained that his firm was proposing a tri-fuel capacity power plant to address the needs in the industrial sector, adding that the tariff component was expected to provide more value to subscribers of the scheme as against what they currently have.

He noted that his firm already has the consent of the distribution company along the Lagos/Ibadan corridor to proceed with the project, even as an audit of power demand has been concluded.

He said the company would be providing infrastructure to meet the potential energy demand of at least 80megawatts MW within the region once guaranteed off-takers key into the project.

“For MAN to partner with us to meet the demand of their members, it makes it easier for cost effectiveness and sustainability to be achieved. The consideration under this project is to ensure that there is an improved price from the $7.50 currently being paid by gas users. We will be selling in Naira to avoid challenges that was encountered with franchisers,” he added.

The Director-General of MAN, Mr. Segun Kadir, said the move by the association was to ensure that members’ concern in the area of power is addressed in a sustainable manner, especially in the area of availability and pricing.