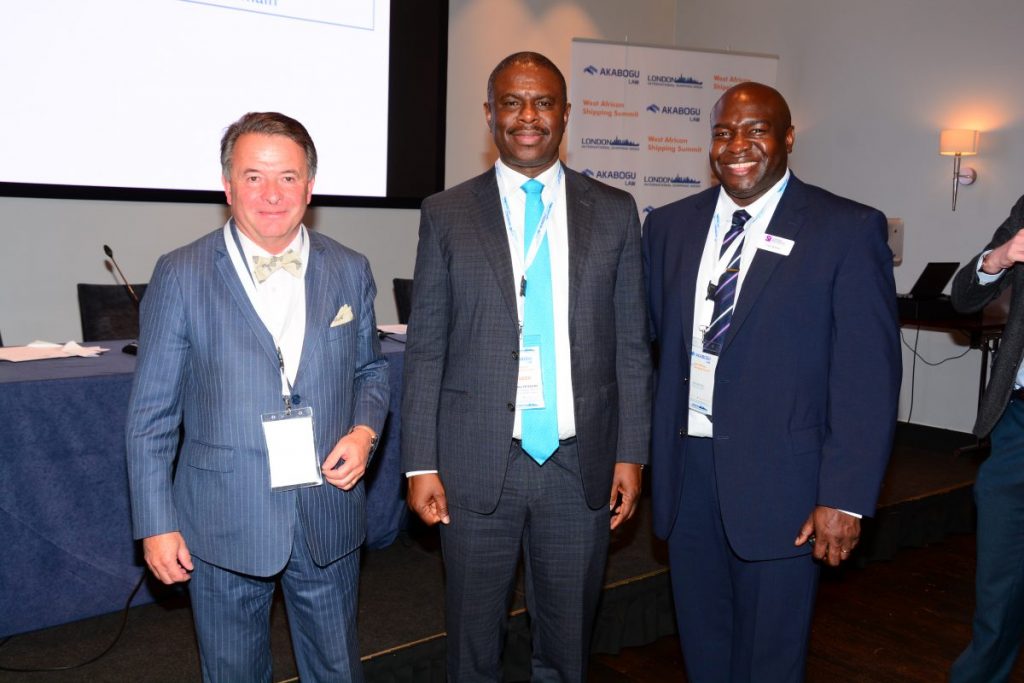 Lagos — The Director-General of the Nigerian Maritime Administration and Safety Agency, NIMASA, Dr. Dakuku Peterside, says policies of the Federal Government of Nigeria in the maritime industry are targeted at encouraging Foreign Direct Investment, FDI, into the sector.

Dakuku stated this while addressing delegates at the West African Shipping Summit, a side event of the ongoing London International Shipping Week.
He disclosed that Nigeria was to set up an International Maritime Arbitration Centre in Lagos.

This, he explained, is to facilitate the timely resolution of disputes within the Gulf of Guinea area and significantly reduce ­the current trend where maritime players in the region head to London, Dubai or Singapore for arbitration on maritime issues.

The NIMASA DG assured his audience, which included key players in the global maritime industry, that the reforms in the Nigerian maritime sector were opening up vast opportunities in the industry and invited investors to take advantage of them.

He said, “I believe that the Nigerian maritime environment has the largest potential. With a population of about 200 million, which represents over half of the entire population of West Africa, potentials in shipbuilding and ship repair are available.

“In the next five years, vessels built outside Nigeria will not be allowed to participate in Cabotage trade. So you are all invited to come and invest in the shipbuilding and ship repair industry in Nigeria.”

Dakuku also disclosed that the Nigerian Ship registry was being reformed to make it more attractive by having provisions for both national and international players.

“We are also reforming the Nigerian ship registry. The bigger picture is that over time, we are going to have dual ship registry, which will effectively take care of national interest and international interest. It will make it more dynamic, more responsive and it will be one of the most business-friendly registries in the world,” he said.

On his part, the Chief of Naval Staff, Vice Admiral Ibok Ette-Ibas, who was represented at the event by the Chief of Policy and Plans of the Nigerian Navy, Rear Admiral Begroy Enyinna Ibe-Enwo, noted that the Suppression of Piracy and other Maritime Offences Act recently signed into law by President Muhammadu Buhari will surely curtail the activities of criminals on Nigerian waters.

“The anti-piracy bill signed by President Buhari will surely curtail the excesses of syndicates who profit from sponsoring criminalities in the Gulf of Guinea,” he said.

CEO of the African Risk Compliance Limited, Micheal Wingtage, who said he was conversant with the Nigerian maritime domain, noted that the challenge of information management concerning security in the Gulf of Guinea was real.

Wingtage said, “Not all of Nigerian waters are unsafe. The challenges are there but in most cases it’s exaggerated, thus, creating a myth of insecurity. So much has been done by Nigerian government and the international community needs to appreciate this.”

Akabogu Law organised the West African Shipping Summit, in partnership with the London International Shipping Week, and it was attended by stakeholders from different countries.