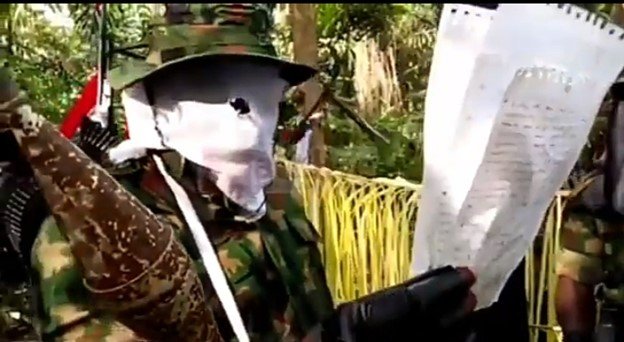 Lagos — Militants from Nigeria’s oil-rich region have threatened to attack the country’s capital and economic hub for alleged neglect of the Niger-Delta, the nation’s petroleum producing area.

In a video statement Wednesday, Supreme Egbesu Liberation Fighters said they will target Abuja, the federal capital, and Lagos, Nigeria’s commercial city, if the government failed to improve the infrastructure of the Niger-Delta region, southern part of the West African country.

“The Nigerian government over the years has decided to handle the issue of the Niger-Delta with kid gloves,” the group claimed.

It decried the heavy presence of military personnel and gunboats in the region and asked the government to invest more in the infrastructure of the area.

The presidency is yet to react to the threat.

Daniel Alabrah, a spokesman for Bayelsa State governor, one of the states in the region, also declined to comment on the threat.

Revenue from crude oil account for more than half of Nigeria’s earnings. Crude oil export currently stands at 2.2 million barrel per day, according to a recent report by the nation’s petroleum corporation.