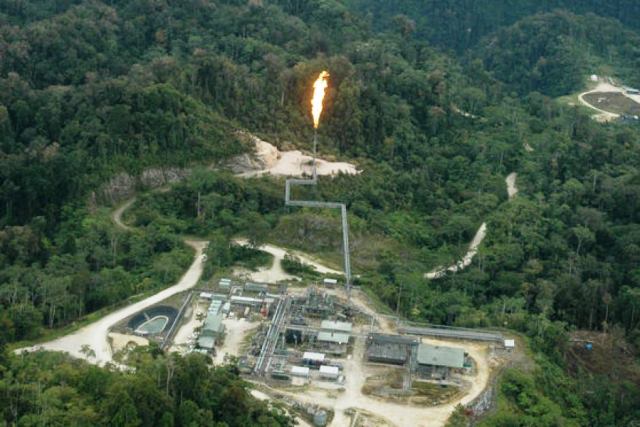 The NNPC, in a statement in Abuja, said the agreements would expedite the development of a project aimed at delivering about 3.4 billion standard cubic feet of gas per day by 2020.

The NNPC explained that the project, termed Assa North and Ohaji South (ANOH) gas development scheme, was one of the 7 Critical Gas Development Projects (7CGDP) aimed at boosting gas production and infrastructure development.

Speaking at the signing ceremony, Group Managing Director of the NNPC, Dr. Maikanti Baru, explained that a special purpose vehicle known as ANOH Gas Processing Company (AGPC) was being promoted by the Corporation and Seplat to develop, build, operate and maintain the ANOH Gas Processing Plant, with an initial capacity of 300 million standard cubic feet per day in Imo State.

Baru, who was represented by the Chief Operating Officer, Gas and Power, Engr. Saidu Mohammed said the NNPC would do everything possible to ensure that the project was successfully delivered.

He urged the AGPC to work hard and deliver the project on schedule, within budget, and to specification, stressing that it was designed as world-class gas processing plant with a capacity to deliver between 3.0 billion and 3.4 billion standard cubic feet of gas daily.

He said, “Following the execution of Heads of Terms (HoT) by the Nigerian Gas Processing and Transportation Company (NGPTC) on behalf of the NNPC, Seplat and AGPC on December 19, 2017, the Steering Committee for the AGPC project has provided the leadership and broad guidance for the development and finalisation of the various commercial agreements required to underpin the project.”

On his part, Chief Operating Officer of Seplat, Mr. Austin Avuru, described the ANOH Gas Processing Plant as a landmark project which captures the essence of the gas infrastructure development initiative of the Federal Government as encapsulated in the 7 Big Wins and 12 Business Focus Areas programmes.

He expressed confidence that AGPC would deliver the project within the next 18 months and achieve its objective of being a key gas supplier to both the domestic and export market.

It added that the Nigerian Gas Processing and Transportation Company (NGPTC) and the Nigerian Gas Marketing Company (NGMC) are all Gas and Power subsidiaries of the Nigerian National Petroleum Corporation (NNPC) which is saddled with the responsibilities of managing the nation’s abundant hydrocarbon resources on behalf of the Federal Government.