on: October 01, 2018In: Community Development, featured 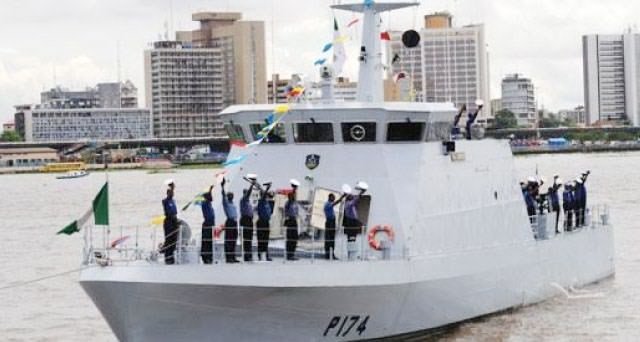 The Navy also handed over to NSCDC, nine trucks and 12 Cotonou boats loaded with suspected illegally refined diesel seized during raids by its operatives.

Speaking to newsmen, the Executive Officer of NNS Pathfinder, Capt. Samuel Garba said the suspects were arrested in Marine Base, Eleme and Rumuolumeni areas of the state, during a routine patrol by its operatives.

Garba also said one of the suspects was arrested for impersonating a rating of the Nigerian Navy.

According to, “Consequently, 14 suspects, 12 wooden boats with products and nine trucks were detained to enable the Navy conducts a preliminary investigation.

“And sequel to the outcome of the investigation, the suspects and the exhibits are hereby handed over to the Nigerian Security and Civil Defence Corp, in line with a harmonized standard operating procedure for further investigation and possible prosecution.”

The NNS Pathfinder boss further promised to ensure that the waterways are kept safe and rid of illegal oil bunkering.

He said the Navy carry-on routine patrols in line with its mandate to rid the Niger Delta region of oil theft, piracy, and maritime-related crimes.

“The Nigerian Navy Ship, Pathfinder in line with the Chief of Naval Staff’s strategic directive to keep the nation’s waterways safe and secured for economic activities to thrive, conducts routine patrols daily. These Patrols are aimed at stemming crude oil theft, sea robbery, and other maritime-related illegality.

“I wish to also sound a note of warning to those engaged in illegal bunkering and criminals that no form of illegality will be tolerated within the maritime space of the base area of operation,” Garba said.