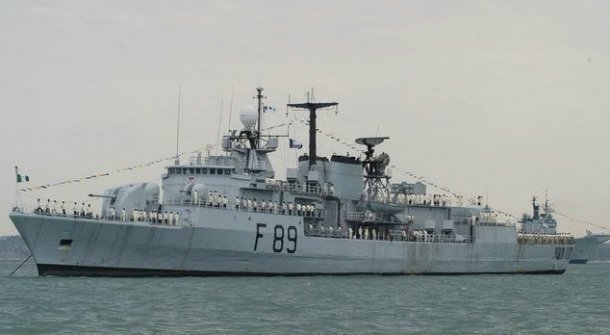 Port Harcourt — The Nigerian Navy Ship, NNS Victory, in Calabar the Cross River State capital has read riot act to militants, oil thieves and smugglers in the area, warning that the command would not tolerate such within its area of operation.

The Commander, NNS Victory, Commodore Vincent Okeke, gave the warning while handing over 724bags of foreign rice worth about N13million and eight suspects to the Nigeria Customs Service, NCS.

Okeke who was newly deployed to the area, while addressing Newsmen at NNS Victory jetty, explained that the suspects and items were arrested in two large wooden boats; popularly known as Cotonou Boat, along the Calabar Channel by Naval operatives on patrol.

He added that the suspected smugglers were heading for Akwa Ibom State from neighbouring Cameroon.

According to him, “We are handing them over as expected of us to the Nigeria Customs Services for further investigations and prosecution.

“The message is clear. For this to happen shortly after my resumption means they want to test my will. I can promise them I am equal to the task.

“Militants, smugglers and those engaged in illegal oil bunkering should all stay away. I will not tolerate any such thing in my area of operation.

“Our work here is to make our waters safe. We have maintained 24hours patrol along the Calabar Channel. I assure all well-meaning Nigerians and seafarers that the water is safe for them,” the Naval Commander said.

Receiving the items and the suspects from the Navy, the Assistant Comptroller of Customs in charge of Eastern Marine Command Calabar, Mr Gabriel Johnson, said further investigation would be carried out.

John state that the suspects if found guilty will be prosecuted and the bags of rice confiscated by the Federal Government, while commending the Navy for the robust relationship between the two entities.

“We are very elated about the relationship with the Navy. These waterways are not safe for any smuggler. We would work hand in hand with the Navy to make sure they would not have their way.”