London — Nigeria’s oil output continued to fall in September as some onshore production ground almost to a halt, according to government data. 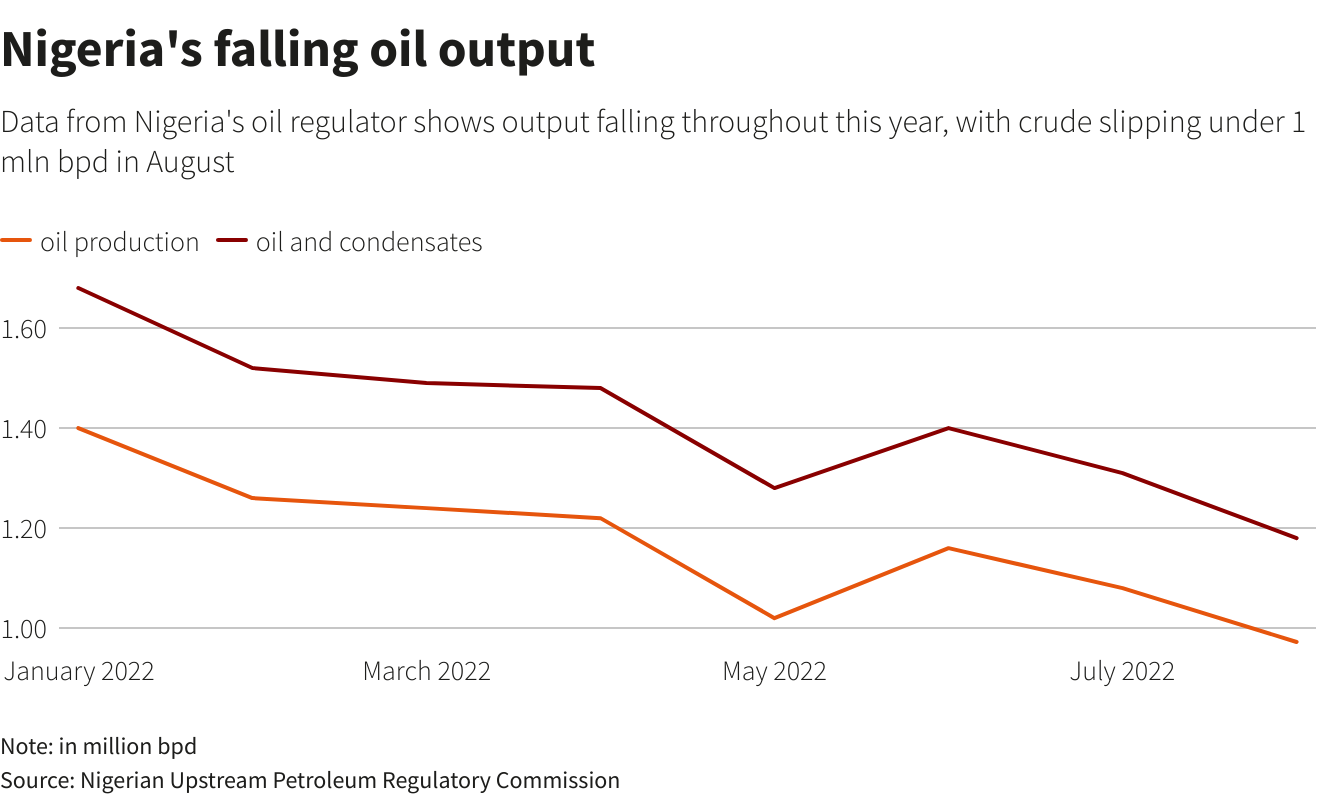 Output has declined steadily since the first quarter of 2020, when Nigeria produced roughly double the amount, according to the data.

The government blames rampant theft on the pipelines that crisscross the Niger Delta for shutting down wells and killing off investment. Production of three major export grades – Bonny, Brass and Forcados – has shriveled in recent months, with none of them accounting for more than 8,000 barrels per day in September.

Nigeria aims to add 500,000 barrels a day to its production by the end of November, mainly by resuming operations at Shell Plc’s Trans-Niger pipeline and Forcados terminal, Mele Kyari, chief executive of the state-owned energy company, said this week.

For a long time, Africa’s largest crude producer, Nigeria is currently vying with Angola and Libya for the continent’s top spot, according to Bloomberg’s survey of monthly OPEC output.