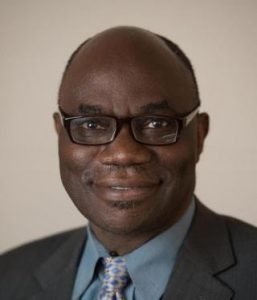 The confirmation was made after the Senate reviewed a report read by the Chairman of the Senate Committee on Power, Steel Development and Metallurgy, Eyinnaya Abaribe (PDP, Abia South).

President Muhammadu Buhari had nominated Prof. Momoh for the position in April last year, but his approval was delayed.

However, in December 2017, the president again wrote the Senate to request confirmation of the appointment.

Born on the 26th November 1950. Professor James A. Momoh is a Nigerian-born Professor of Electrical Engineering currently based in the US and also, Director of Center for Energy Systems and Controls, CESaC at the College of Engineering, Architecture and Computer Sciences of Howard University.

He is also the Founder and Director of Center for Energy Systems and Control (CESaC) at Howard University.

He has worked as a member of the Technical Staff at Bell Laboratories at Holmdel New Jersey and at Westinghouse Research and Development Corporation as a Research Fellow in Pittsburg Pennsylvania.

He is currently on leave from Howard University since 2001 for three years appointment serving as Program Director of Energy and Power at the National Science Foundation (NSF).

He is the founder and coordinator of several conferences and workshops including the International Conference on Power Systems Operation and Planning (ICPSOP) and the US-Africa Research and Education Collaboration Workshop that promotes research and education collaboration between the US and Africa, with Nigeria being central in Africa.

He is a fellow of Institute of Electrical and Electronics Engineers (IEEE) and a Fellow as well as a Distinguished Fellow of Nigerian Society of Engineers (NSE).

Professor Momoh serves as a technology transfer agent to Nigeria utilities and industries including National Electrical Power Authority (NEPA), Nigeria where he actively promotes fundamental understanding, assessing the options and practices available for deregulation and privatization of the electric power industry.

He is the founder of the Energy Expert Systems Institute (EESI), a high school summer program that has brought over 30 Nigerian high school students to Howard University in the past 10 years and introduced them to Electrical Engineering.

He has graduated over a dozen engineers and helped build bridges for collaboration through research and education between Nigeria and Africa countries as well as the US.

He has graduated over 40 Nigerian students with Bachelor of Science degree in Electrical Engineering from Howard University.

Finally, Professor Momoh is a recipient of several academic and research award for his outstanding leadership and service to the engineering profession, technology transfer, and promotion of research and education.

His work has led to over 250 publications, 4 books, and Hands-on lecture series for National Electric Power Authority (NEPA), Nigeria, and other industries both home and abroad for the past 10 years.

Professor Momoh has contributed immensely to Nigeria intellectual development, and human and scholarly potential through his leadership as a Nigerian showcase in technology.