Nigeria’s DPR gets N5bn from FAAC in August 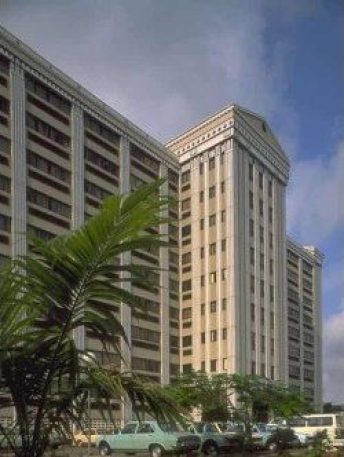 Headquarters of the Department of Petroleum Resources in Lagos.

The Committee disbursed the sum of N769.53bn to the three tiers of government in August 2019 from the revenue generated in July 2019.
Other revenue-generating agencies such as Nigeria Customs Service, NCS; and Federal Inland Revenue Service, FIRS, received N5.70bn and N11.14bn respectively as cost of revenue collections.

The sum of N51.63bn was shared among the oil-producing states as 13% derivation fund, and N9.13bn was allocated for the development of natural resources.

Further breakdown of the revenue allocation to the federal government revealed that the sum of N241.81bn was disbursed to the FGN consolidated revenue account; N5.43bn shared as share of derivation and ecology; N2.72bn as stabilisation fund; and N6.30bn went to the Federal Capital Territory, FCT Abuja.