Nigeria’s ECA grows by N70 billion in November despite “illegality” 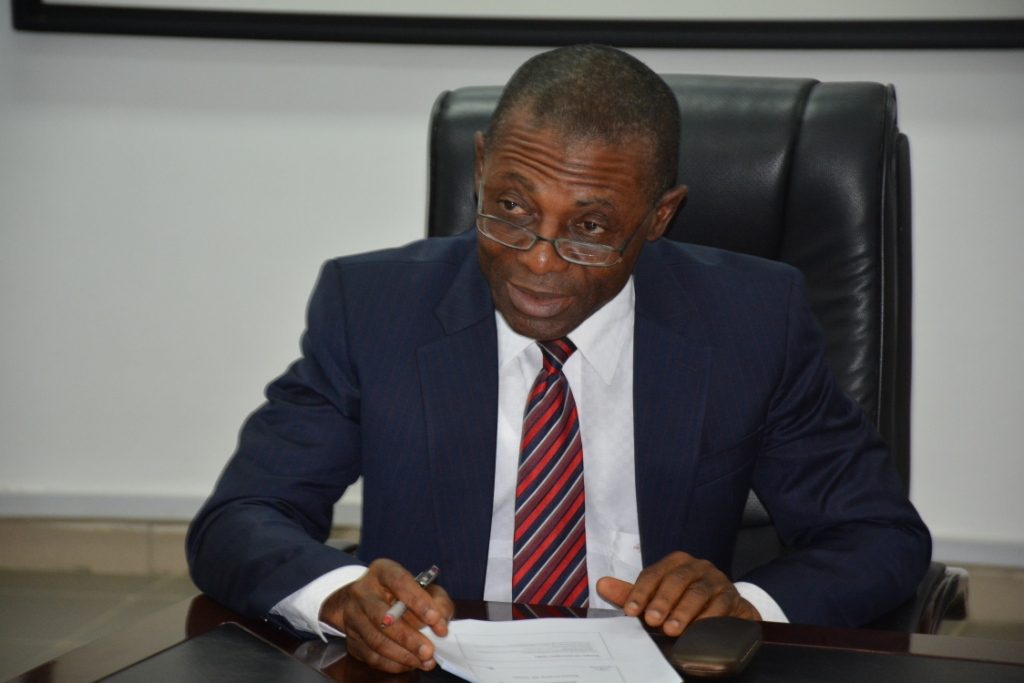 05 January 2019, Sweetcrude, Lagos — Despite a warning by the Auditor-General of the Federation, Anthony Ayine, that the Excess Crude Account, ECA, is being operated “illegally”, data from the National Bureau of Statistics, NBS, shows that the account grew by N70 billion last November.

The ECA is an account used to save oil revenues above a base amount derived from a defined benchmark price.

According to the document seen by SweetcrudeReports, the N70b was deposited after nothing went into the account in October.

Mr. Ayine, had in his most recent report, that of 2016 released last year, advised the federal government to legalise its continued maintenance of the ECA.

According to him, deductions such as PPT/Royalty which was usually made from total Oil and Gas revenue collected before the balance was paid to the Federation Account, were illegal.

“Examination of records and documents presented to the Audit Team in respect of the Excess Crude Account (ECA), revealed that a sum of N361,230,422,517.15 summarized below and classified as PPT/Royalty was deducted from total Oil and Gas revenue collected before the balance was paid to the Federation Account,” the report said.

“These deductions would appear to contravene the provisions of Section 162 (1) of the Constitution of the Federal Republic of Nigeria, 1999 which states that ‘The Federation shall maintain a special account to be called “The Federation Account” into which shall be paid all revenues collected by the Government of the Federation’,” the report said.

“Efforts made by the audit team to obtain legal authority for the creation of Excess Crude Oil/PPT/Royalty Account proved abortive,” it added.

In another contradiction, the Bauchi State Governor, Mohammed Abubakar, while briefing State House correspondents after the National Economic Council, NEC meeting, said the account stood at over 2.09 billion dollars as at Oct. 16, while NBS’ report did not record that any money went into the account in October.

Then in December, Minister of Finance, Zainab Ahmed, disclosed at the end of the the Federation Accounts Allocation Committee, FAAC meeting in Kaduna on November 25, 2018, that the balance in the account stood at about $2.319 billion, adding that the savings was depleted to only $631 million within three weeks.

She did not state what the funds withdrawn was used for, however, later that day, Permanent Secretary, Federal Ministry of Finance, Mahmoud Isah-Dutse, said the money was withdrawn to settle the last tranche of the Paris Club loan refund to states.

The Senate in November 2017, had raised an alarm, that the ECA was illegal, with some senators describing it as the “biggest slush fund” for governors.

Meanwhile, the Department of Petroleum Resources, DPR, got a total of N10.11billion from the federal account between October and November, NBS statistics showed.

A breakdown of the disbursement by the Federation Account Allocation Committee, FAAC, showed that out of the N698.71bn distributed to the three tiers of government in October 2018 from the revenue generated in September 2018, DPR received the sum of N4.29bn and N5.82bn in November.

The sum of N788.14bn was shared among the three tiers of government in November 2018 from the revenue generated in October 2018.

In November, a total of N9.08bn was also separated for the development of natural resources.