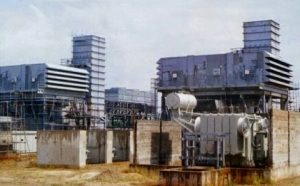 The latest operational performance report obtained from the Nigerian Electricity Regulatory Commission, NERC, said production of 8,705,606MWh was 15% more than the generation in the third quarter and the highest quarterly generation in 2017.

Total energy generated by GenCos in the third quarter stood at 7,568,489MWh, NERC had said in its third-quarter report.

The industry’s peak daily generation of 5,222MW for 2017 was also recorded in the fourth quarter, specifically, on the 18th day of December 2017.

Despite the increase in the peak generation in the fourth quarter, however, the average utilisation of the total available generation capacity estimated as 54.4%, is relatively smaller than the first quarter estimate and was still constrained by a combination of factors.

“Resolving these constraints remains as a top priority of the Commission. While the government has started the implementation of gas payment assurance facility to resolve the issue related to inadequate gas supply, the Commission has accordingly identified in its 2017-2020 Strategic Plan the actionable items towards addressing constraints in transmission and distribution networks”.

“The planned strategy includes a thorough technical assessment of DisCos’ utilisation of its capital expenditure allowances for relevance and cost efficiency and a tariff reset in order to stimulate investments in network infrastructure”, the regulator said in a note.

As in the third quarter of 2017, only one total and three partial system collapse occurred during the fourth quarter.

“The sustained stability in the grid is attributed to the continuous and tighter enforcement of the provisions of the grid code that mandate free governor control at grid-connected power plants, as well as increased investment in transmission network”, the report said.