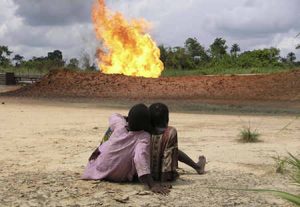 The monthly report which was released yesterday in Abuja said that the 12.00 percent gas flare rate which translates to 919.73mmscfd was at August 2017 compared to 10.03 per cent for the preceding month of July 2017.

Nigeria was among countries with highest gas flare rates, but a number of Clean Development Mechanism (CDM) projects aimed at appropriate gas utilization have improved the country’s standing in this the regard.

The monthly report also showed that despite enormous challenges facing the downstream sub-sector of the petroleum industry, the NNPC has continued to maintain adequate products supply nationwide.

The NNPC report further informed that products pipeline breaches stood at 70 points for the month of August 2017 out of which 62 pipelines were vandalized.

The strategic Port Harcourt-Aba pipeline was singled out as a major culprit, accounting for 46 vandalized points (or 74 per cent of total recorded cases).

To tackle the challenge, the Corporation in collaboration with Federal Government has continued to engage members of various host communities to stem incidences of pipeline infractions.

The NNPC Report also listed security synergy with IOCs as part of the steps taken to stem oil and gas sabotage which involved deployment of a structured and holistic security apparatus in operational areas.

The NNPC report further revealed that 950.67 million litres of white products were distributed and sold by the Petroleum Products Marketing Company, PPMC in the month of August 2017. Although the figure was lower than the 1,121.92 million litres in the preceding month of July 2017, yet it was enough to ensure adequate supply of petroleum products.

The August 2017 NNPC Financial and Operations Report is the 25th edition of the series.