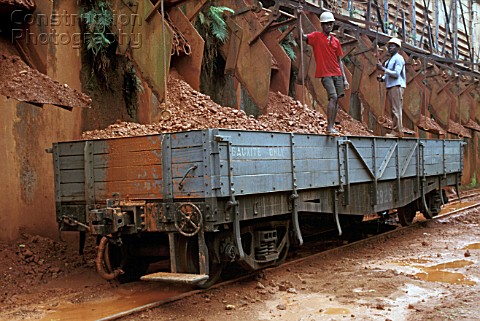 Oscarline Onwuemenyi
19 OPctober 2017, Sweetcrude, Abuja – The World Risk Report, published by the Mining Journal has disclosed that Nigeria has made remarkable improvements in both hard risk and perceived risk factors and is now “perceived” to have a better investment risk profile than New York.

The Report, which was quoted by the Minister of Mines and Steel Development, Dr. Kayode Fayemi in his keynote address at the on-going 2nd Annual Nigeria Mining Week, in Abuja, explains that it includes an Investment Risk Index, which is a robust system for rating jurisdictions across multiple metrics covering the Legal, Governance, Social, Fiscal and Infrastructure risk baskets.

It is weighted toward hard, established risk-related indices but also includes perceived risk, which comes from the findings of a refocused World Risk Survey.

According to Fayemi, “The recently released World Risk Report, published by the Mining Journal indicates that Nigeria has made remarkable improvements in both hard risk and perceived risk factors.

Fayemi remarked that the efforts in the mining sector were being well complemented by the Presidential Enabling Business Environment Council (PEBEC) chaired by the Vice President, Prof. Yemi Osinbajo, adding that, “Overall, the results of the improvement in Brand Nigeria in the international mining space, has increased mining-related activity in Nigeria with growing interest and several new entrants.”

Fayemi listed achievements of the ministry since the new reforms to include: an improved Perception of the Nigerian Mining Jurisdiction; improved Institutional Capacity/Improved Mines Security; improved Sectoral Access to Finance and the institutional capacities of the ministry and its agencies in regulating the sector

He added that, “The Ministry through the Federal Government has secured a $150 million loan from the World Bank for the Mindiver Project aimed at funding strategic interventions in the sector, adding that Plans are also underway to assemble a $600M investment fund for the sector, working with entities such as the Nigerian Sovereign Investment Authority, the Nigerian Stock Exchange and others.”

“All of these are far departures from the past, considering that in 2015, out of the meagre N1 billion allocated to the ministry, only N352 million was released,” he said.

Dr. Fayemi listed other successes to include a new partnership which has been forged with the Ministry of Interior and the Nigeria Police Force to establish the Mining Police as provisioned in the law, significant improvement in the Mining Cadastre office’s administration of mineral titles, structured expansion of federal revenues across the entire mining value chain with an initial priority on improving reporting and Improved Beneficial Participation of States in Mining.

The Minister assured that the conference which is in its second edition, is fully endorsed by the Ministry of Mines and Steel Development, said the Nigeria Mining Week is not just a networking platform but also a learning arena for existing businesses that want to grow their activities, as well as an avenue for new comers prospecting the Nigerian Mining jurisdiction.

He said, “The Nigerian Mining Week comprises an innovative array of workshops and roundtables and is designed to help participants find the perfect match of partners or collaborators, and answers to questions they might have.

“Covering the entire value chain of the industry, Nigeria Mining Week seeks to catalyse the Federal Government’s priority agenda of repositioning the mining sector as one of the frontiers of our economic diversification agenda.”

“Already, the mining sector has begun to record very impressive results. We achieved a 300% increase in revenue (royalties and fees) between 2015 and 2016, and as at July of this year, the sector had already surpassed the entire revenue of N2Billion generated for the whole of 2016,” he added.

He added that, “The Nigeria Bureau of Statistics recently reported GDP figures for the second quarter of 2017, indicating that the economy grew by 0.55%, attributing the economic recovery to the performance of not only the Oil and Gas sector but other main economic activities such as – mining, agriculture, manufacturing and trade, albeit marginally.

“The overall economic plan and direction of the administration has resulted, among others, in sustained restoration of oil production levels, (occasioned by the enhanced security and stability in the Niger Delta) sustained growth in agriculture, mining and the first growth recorded in industry as a whole in the last nine quarters since Q4 2014. The Mining sector which remains a priority of this administration also continued to grow by 2.24%.”

Speaking earlier, Group director, Mining and Agriculture, Spintelligent South Africa, Emmanuelle Nicholls said the “Nigeria Mining week had become a meeting place for the entire mining value chain in Nigeria, where hot issues get tackled and the preferred mining showcase for technology providers where business happens and a key driver for the industry to leap forward.”

She said the 2017 edition will see over 800 attendees coming from over 20 countries including, Ghana, Australia, South Africa, USA, UAE among others.

Also speaking, President, Miners Association of Nigeria (MAN), Alhaji Sani Shehu appealed for a strategic plan for the development of lead and lithium as a means to profiting from the 2030 renewable energy drive of Global energy merchants.

He said, “Our attention has been drawn by the disturbing plan by the global energy producers, that by the year 2030, carbon and other fuel energy would be less relevant and therefore its use would become less relevant and focus would now be on renewable energy. We have an advantage because the renewable energy largely depends on dry cell batteries and their major cells are lead and lithium and other metals in abundance in this country.

“I am appealing that there should be a strategic plan for the development of lead and lithium in anticipation of the bane likely to fall by the year 2030.”

The 2nd Annual Nigeria Mining Week which began in Abuja, organized by the Miners Association of Nigeria in partnership with IPAD Nigeria, PriceWaterhouseCoopers and Spintelligent of South Africa.