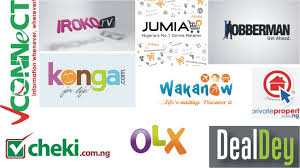 12 September 2014, LAGOS – E-commerce in Nigeria records over $2m worth of transactions per week and close to 1.3bn per month from the 38% of Nigerians who prefer to buy products through the internet, according to a survey conducted by the business management and consulting firm Philip consulting. According to the online marketplace Kaymu.com.ng, these figures can be attributed to the purchasing power of the middle class.

Economists define the middle class into relative and absolute terms. In relative terms, this refers to individuals or households that fall between the 20th and 80th percentile of the consumption distribution or between 0.75 and 1.25 times the median per capita income.

According to Evangeline Wiles, MD of Kaymu Nigeria, “Economic growth has led to a strong increase in the middle class, and this powerful group of consumers are demanding quality goods and services. They are becoming the foundation of a market-oriented economy and contributing to continued economic growth and social development”, she added.

As Nigeria continues its movement towards a digital economy, online transactions in the country are expected to reach N1 trillion by the end of 2014, boosting the cashless policy of the Central Bank of Nigeria (CBN) aimed at reducing cash-based transactions. “The rapid growth of e-commerce in Nigeria can be attributed to the middle class who are the primary consumers of mass marketed products”, Wiles stated.

The African Development Bank (AFDB) used an absolute definition of people whose daily consumption is between US$2 and US$20 (in 2005 PPP) daily to characterise the middle class in Africa. The definition is based on the average cost of living of about 1 billion people in the continent. The sector of the population spending between US$2 –US$4 a day is considered as the ‘floating class’, vulnerable enough to slip back to poverty. The remaining population earning between US$4 and US$20 a day is categorized as the ‘stable’ middle class. The middle class in Nigeria now account for 23% of the population, according to the latest statistics from the African Development Bank. The newly-minted middle class are well educated, with 92% having completed a post-secondary school education.

Online marketing offers a level playing ground for large businesses as well as small and medium scale businesses to operate in the global market place and for regional businesses and communities to participate in social economic and cultural networks across the globe. With the growing successes recorded in the country’s e-commerce space contributed largely to the middle class of the economy, the low income group is also a potential target for business investors and mass products.

The middle class is the key to sustaining economic and social development in a region and country. “An economy without a mass group of consumers as its foundation cannot be sustained in the long run” Wiles concluded.
*Press release – www.kaymu.com.ng