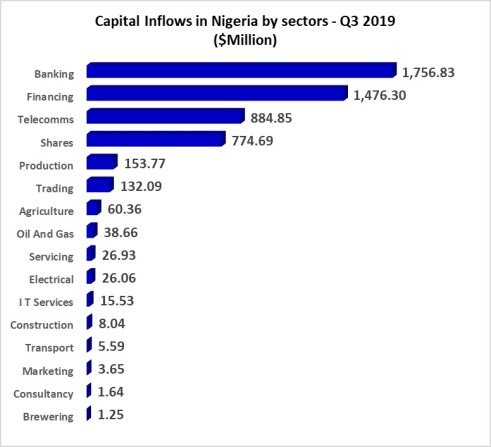 Data sourced from the Nigerian Bureau of Statistics, NBS, report on ‘Nigerian Capital Importation’ for 2019, showed that inflow of foreign capital, either in form of cash (loan or equity) or goods, into the sector climbed to $216 million, from $134 million recorded in 2018.

A breakdown revealed that in the first quarter of the year under review, the sector recorded an inflow of $17 million.

The second quarter of the year had the highest record with an inflow of $139million.

The third and fourth quarters recorded an inflow of $38 million and $20 million respectively.

However, this year’s first quarter when compared to that of 2019, dropped to $10 million from $17 million.