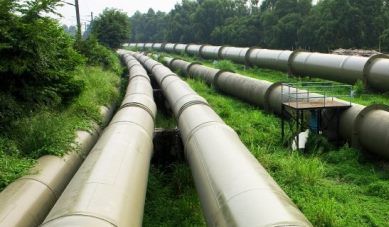 SweetcrudeReports had earlier reported that the trunk line was due for re-opening before the end of this month after the completion of repair work, which commenced in the middle of September.

The pipeline was shut for repairs after Aiteo, which is its operator, announced the detection of a leak on the line. The development denied Nigeria of 150,000 barrels per day, bpd, crude oil output.

It was gathered from a source privy to this development that the Nembe Creek Trunk Line came back on stream on Thursday, October 19, at 15.00 hours.

The source confirmed that the pipeline is handling 150,000 barrels of crude per day, which is coming from several producing companies, including Aiteo, Shell and Belema Oil.

“Repairs and maintenance have been rounded up on the Nembe Creek Trunk Line and it will be re-opened for activities any time from now”, a source had earlier told this Newspaper.

Aiteo had in a statement in September announced a shut down of the trunk line for emergency repairs and declared a force majeure following the detection of an oil leak.

According to him, “our Emergency Pipeline and Response teams are on site.”

“Aiteo is working towards concluding the process speedily and will communicate further developments as they become available,” Matthew had said in the statement announcing the shutdown.

Aside 150,000bpd of crude oil, the NCTL also has the capacity to evacuate up to 600,000bpd of liquids from the end point at Cawthorne Channel.

The NCTL is a 97-kilometre pipeline located in the Niger Delta region, and one of Nigeria’s major oil transportation pipelines.

Specifically, it carries crude oil from the Niger Delta to the Atlantic coast for export.

Though built by Shell Nigeria, it is now owned by Aiteo Group, which purchased it as part of facilities of OML 29 from Shell Petroleum Development Company, SPDC.