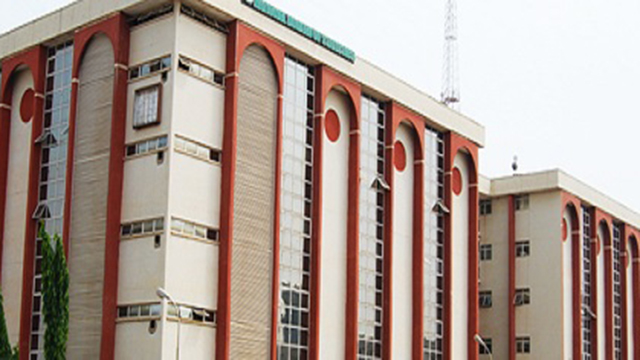 The Bureau’s monthly gas pricing update that usually got published on its websites along other monthly reports, was nowhere to be found as of Friday.

The August gas report was not published unlike those for petrol and kerosene.

The move follows a recent statement by the Petroleum Products Pricing Regulatory Agency, PPPRA, that of the 85,264.8 Metric Tonnes of Liquefied Petroleum Gas consumed in the country in August, 38,040.46MT were imported.

The Agency had on Thursday, stated through its Executive Secretary, Abdulkadir Saidu, that in August, a total of 85,264.803 metric tonnes of gas was supplied nationwide.

This means that 55.39 percent of the LPG consumed in the country was imported, leaving 44.61 per cent for local producers.

The statement said, “The Petroleum Products Pricing Regulatory Agency report of LPG supplied in August 2021, indicates that a total of 85,264.803 metric tonnes of LPG was supplied nationwide.

Additional analysis of the data on importation in August, shows that 21,606.301 MT was imported from the United States, while 13,044.266 was imported from Algeria and 12,573.779 MT was brought into the country from Equatorial Guinea.

Nigeria is home to a proven gas deposits of 206.53 trillion cubic feet, according to the Department of Petroleum Resources, DPR, yet, cooking gas prices have gone overboard with the 12.5kg cylinder currently being sold for between N6500-N7000, from N3,500 in December, 2020.

The precarious situation has left many questioning the viability of the federal government’s national gas programme, NGEP.

The federal government recently implemented a 7.5 percent tax on imported cooking gas. The situation worsens due to scarcity of the dollar, as marketers currently struggle to get FOREX for the prupose of importing the product.

The National Chairman, Liquefied Petroleum Gas Retailers Association of Nigeria, Michael Umudu, said there were three factors that caused the surge in price.

He said, “There are three major factors to the hike in prices. Firstly, about 70 per cent of the gas we consume in Nigeria is imported and importers have to contend with the high cost of foreign exchange.

“Secondly, there is a rise in the price of petroleum products in the international market and because of that, the cost of LPG has equally gone up. So importers now pay more on imports.

“And thirdly, the government added VAT on imported LPG about three weeks ago. It (VAT) was 7.5 per cent of the cost of the commodity and this exacerbated the price hike of cooking gas in the past three weeks.”

Umudu stated that before the introduction of VAT, foreign exchange and cost of petroleum products in the international market had been the factors causing the rise in price.

“Around November/December last year, 12.5kg was sold at about N3,500, but in July it went up to around N5,500 and when VAT was introduced about three weeks ago, it now escalated to about N6,500 and above,” he stated.

Umudu added, “The price hike seems to be happening on a daily basis and nobody can tell when it will stop. There has been a lot of appeal to the government to find a way of persuading NLNG to increase its domestic supply so that the product can be affordable.

“NLNG supplies about 35 per cent of the gas we consume locally and that percentage is not adequate. And the gas sold by NLNG is even sold at international price and is priced in dollar not naira.”

On the cost of the commodity in metric tonnes, Umudu, replied, “20MT is now in the average of about N8m. And before VAT was introduced, the price of 20MT was around N6.8m to N7m, which was the highest price then.”

Executive Secretary, Nigerian Association of Liquefied Petroleum Gas Marketers, Bassey Essien had told Punch in an interview that the cost of 12.5kg gas could hit N10,000 in December.

He said, “If by December they (government) don’t take time to address this surge, it (12.5kg) will be N10,000. We are not the one causing this, rather it is the government. We sell what we get.”

On what could be done, he replied, “The volume we produce in Nigeria is just about 40 per cent of the total consumption; the rest is imported. And you don’t have a forex window for these people to access to import gas.

“And secondly, you suddenly woke up and said you want to start imposing VAT on imported gas, which was removed several years back. And now, you didn’t even start it fresh, rather you said it is going to be in retrospect, starting from several months back.”

He added, “And you are imposing billions in taxes on gas imports, for instance, you ask one company to pay about N4bn as tax. Now if they pay that money, some other person needs to shoulder this cost.”

What government is saying

On what the government was doing about the development, the spokesperson of the Nigerian National Petroleum Corporation, Garba-Deen Muhammad, said the Minister of State for Petroleum Resources, Chief Timipre Sylva, had said the commodity was deregulated.

Muhammed, who served as the media aide to Sylva before switching to become NNPC spokesperson recently, said, “The minister answered this question during his last press briefing some weeks ago.”

At the briefing, Sylva had said, “We are not in position to determine gas pricing because gas is not a regulated product. But, of course, we are also very concerned that prices are rising and so I am actually doing something about it in the interest of the ordinary Nigerian.

“I am calling some of the suppliers to discuss the reason for this hike,” adding that the intervention was outside government role.