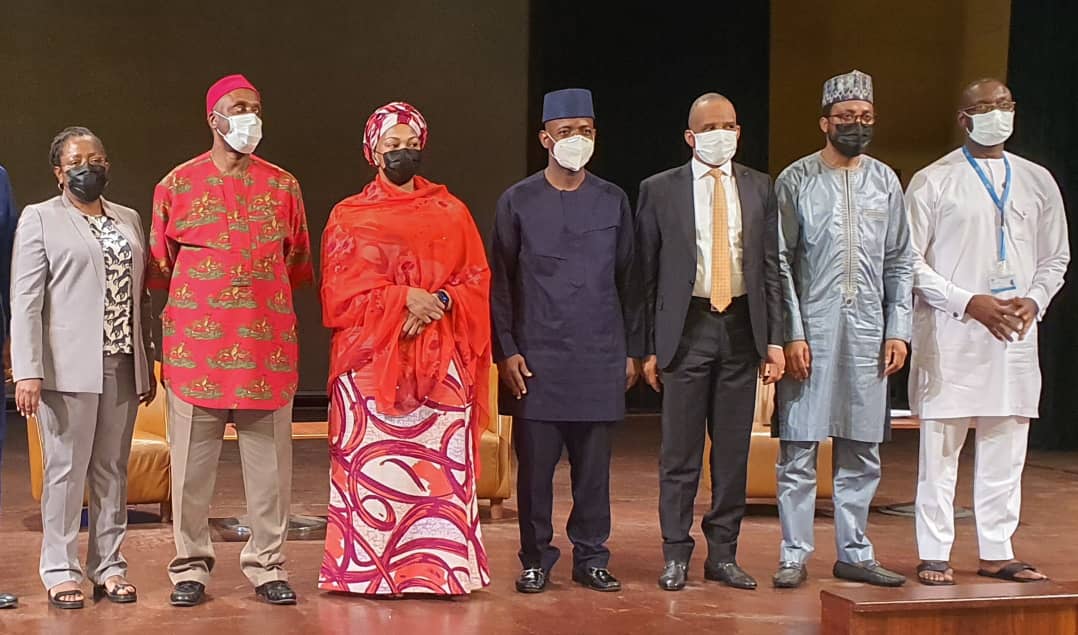 NIMASA’s Director-General, Dr Bashir Jamoh, disclosed this during a Ministerial retreat organised by the Federal Ministry of Transportation (FMOT) in Lagos.

Dr. Jamoh also said arrangements had been concluded for the recycling of wrecks and derelicts recovered from the waters in partnership with Bayelsa State Government and the Nigerian Railway Corporation (NRC), which already has a foundry in Lagos for wrecks recycling, with the ultimate aim of creating wealth from waste while providing jobs for Nigerians.

Speaking at the opening of the retreat, the Minister of Transportation, Chibuike Amaechi, said the two-day event was organised to assess the performance of the Agencies under the Ministry in order to enhance efficiency of service delivery to Nigerians.

Amaechi stated, “We are here to assess the progress made so far in the maritime sector in order to enhance efficiency in our operations.

“This administration has achieved a lot in areas, such as rail transportation, port operations, maritime safety, and security, among others, and our goal is to do more to enhance productivity.”

The NIMASA DG appreciated the Minister for approving the creation of the Maritime Intelligence Unit and the NIMASA Maritime Stakeholders Experience Contact Centre (MSECC), which are both initiatives to improve intelligence gathering and enhance stakeholders’ communication to ensure sustainable growth of the country’s maritime industry.

He also disclosed that the automation drive in the Agency had led to the integrated use of technology in the Certificate of Competency (CoC) verification process, which has seen a fall in manual verification practice.

On disbursement of the Cabotage Vessel Financing Fund (CVFF), Jamoh said NIMASA was working with the Ministry to resolve all grey areas and ensure seamless distribution of the Fund.

According to the DG, “The CVFF is in the Treasury Single Account and there are guidelines for the disbursement, one of which is the use of Primary Lending Institutions (PLIs).

“We have advertised for Expression of Interest from interested PLIs and we are following due process to ensure disbursement according to the guidelines. Eleven banks have been shortlisted and forwarded to our supervising Ministry for further actions. The Ministry has identified some grey areas, which are being addressed to ensure prompt disbursement of the CVFF.”

Dr Jamoh also commented on the NSDP programme, saying 446 beneficiaries of the programme are currently undergoing sea-time training, while 351 have been assigned to maritime training institutes and are in the process of boarding for sea-time.

On the issue of Vessel Monitoring and response to distress calls in the sub-region, Jamoh stated that the Global Maritime Distress and Safety System (GMDSS) equipment at Tarkwa Bay and Kirikiri, both in Lagos, were fully installed with the capacity to cover nine countries in the West and Central African Region.