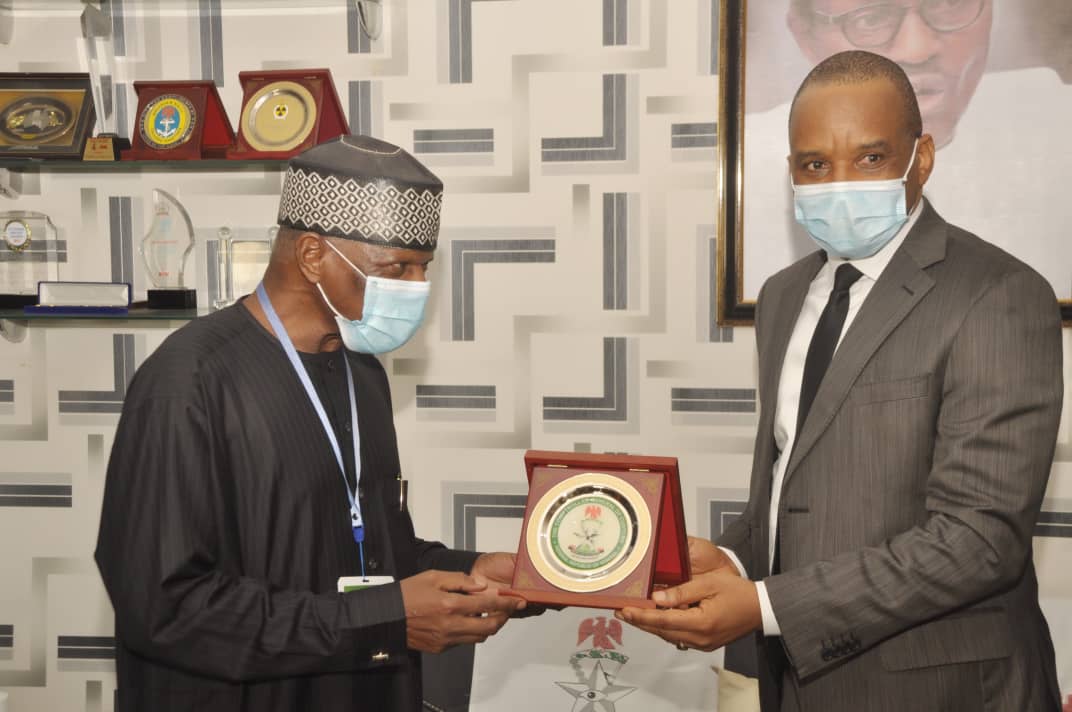 Lagos — The Nigerian Maritime Administration and Safety Agency, NIMASA, and the Nigeria Customs Service, NCS, have agreed to join forces to close loopholes in the Temporary Importation Permit, TIP, system that importers often exploit to avoid levies due to the government.

Director-General of NIMASA, Dr. Bashir Jamoh, stated this in Abuja on Wednesday, when he visited the Comptroller-General of Customs, Col. Hameed Ali (rtd). Jamoh said the temporary import permit issue was one of the biggest challenges faced by the maritime sector, stressing that it has denied the Federal Government huge revenue.

Ali spoke in a similar vein, saying it is important for the NCS and NIMASA to develop a common platform for dealing with problems arising from the TIP.

Jamoh stated, “The biggest issue we have has to do with temporary importation. What we observed is that people capitalise on the good gesture of government policies.

“Those that are benefiting from this temporary importation bring in their own ship and after one year they will take it back to their country and import back with a different name.

“They do it constantly and this is to the disadvantage of our Nigerian shipowners.”
He said Cabotage trade, which falls within the core functions of NIMASA, was suffering as a result of the abuse of the temporary import permit, and, “At the end of the day, it is indigenous shipowners that bear the brunt.”

The Director-General said the Merchant Shipping Act provided that vessels used in importation should be registered with the Nigeria Ship Registry, but in most cases, the importers did not.

He called for greater synergy between NIMASA and NCS, and indeed, all agencies in the maritime sector, to address pertinent issues and improve the sector.

Jamoh said the essence of the meeting was to identify and speedily tackle challenges faced by operators in the sector without the impediments of official bureaucracy. He invited the NCS Comptroller-General to join the heads of maritime agencies meeting.

“After the meeting, we decided to incorporate the Freight Forwarders’ Regulators to be on board,” Jamoh stated, adding, “The MD NPA and I have both agreed to extend the fellowship to you and you have the liberty to join us via zoom.”
Jamoh appreciated the efforts of the NCS under Ali to curb smuggling in the country and enhance revenue generation.

Responding, the Comptroller-General of Customs pledged the commitment of the service to pooling resources with NIMASA to address the TIP issue and other problems in the sector. He said there was need for both agencies to design a common framework for tackling the issues.
Ali said such approach would ensure that if Customs registered a ship and gave it a TIP, NIMASA would also have records of that registration on its own platform.

“We should create that synergy based on ICT. I request that your IT staff synergise with ours to develop a platform that will create that collaboration, such that everything we record or register will reflect in your own record.”

The Comptroller-General said the Customs was in the process of launching two patrol boats that would go beyond the creeks, to enhance maritime security.

“We have mounted the necessary machine guns, one had an accident but it has been repaired, and very soon we will launch them into operations,” he said. “We will keep you posted as we intend to synergise with you to ensure the safety of our waterways,” Ali added.

He also stated, “It is my hope that we will strengthen the relationship and increase the synergy between us as maritime operators, and, most importantly, to ensure that not only the revenue aspect of it is improved, but also to secure our waters.

“The security of our people is more important than the revenue, because no matter how much you collect, if our people are not settled, or not in peace, then the whole essence of the revenue is bastardised.

“So it is our hope that we join hands with you and make sure that we work assiduously to ensure that our waterways are safe and profitable.”
Ali commended the NIMASA Director-General for the CEOs’ forum initiative, saying it would help to boost the sector.