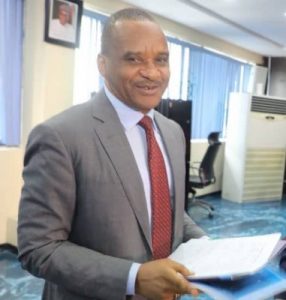 Lagos — The Director General of the Nigerian Maritime Administration and Safety Agency, NIMASA, Dr. Bashir Jamoh, has called for effective port state control regime as he noted that while the shipping industry is well regulated, proper monitoring was still a problem.

Jamoh disclosed this as he spoke at the recent 11th  meeting of the Port State Control, PSC, Committee of Abuja MoU. The event held in Lagos.

The NIMASA boss, who expressed delight that the Abuja MoU has continued to play its role in ensuring an efficient PSC regime in West and Central Africa, noted that lack of effective monitoring is the reason for continued existence of unseaworthy vessels in the region.

According to him, this problem has become so huge that lives and the marine ecosystem are massively threatened.

He maintained that the dangers in the problem and their attendant economic implications have given rise to international concerted efforts at reducing the operation of those type of vessels.

“The need for an effective Port State Control Regime in the region can no longer be overemphasised. That the shipping industry is adequately regulated but inadequately monitored is an accepted fact and this has been the main reason for the continued existence of un-seaworthy vessels, that have become so huge that lives and the marine ecosystem are massively threatened,” Jamoh said.

He added: .“These dangers and their attendant economic implications have given rise to the evolvement of international concerted effort aimed at reducing the operation of these types of vessels to the barest minimum.

Welcoming the members of the Port State Control Committee to Nigeria for the meeting, he said the gathering has offered another opportunity to deliberate on critical matters of common interest aimed at moving the Abuja MoU forward.

He recalled that the 10th PSC meeting held in Libreville discussed the activities and challenges facing the region and commended Nigeria for her regular financial support of the operations of the secretariat.

He stated that he was happy to acknowledge that Nigeria had been consistent in its contribution towards the funding of the Abuja MoU and implored other member states to do same.

“I am delighted to note that the Abuja MoU has continued to be re-invigorated and re-positioned to play its role creditably and efficiently towards ensuring an efficient PSC regime in West and Central Africa,” Jamoh further said.