NIMASA Governing Board approves promotion of nine directors, 586 others 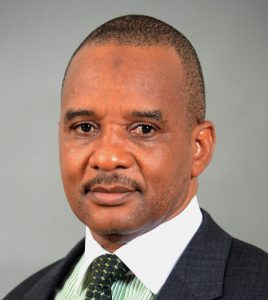 Lagos — The Governing Board of the Nigerian Maritime Administration and Safety Agency, NIMASA, has approved the promotion of 595 staff, including nine directors.

The promotions were approved at a meeting of the Board in Lagos chaired by Hon. Asita O. Asita.
Nine Deputy Directors were elevated to substantive Directors on Grade Level 17, while 45 Assistant Directors were promoted to Deputy Directors, and 71 Grade Level 14 officers were promoted to Assistant Directors.
Those promoted to Directors are the Agency’s Head, ISPS Unit, Jidda Aishatu; Head, Marine Accident Investigation Unit, Egbuche Rita; Head, Eastern Zone, Audu Sani; and Head, Internal Audit, Olamide Odusanya.
Others are Head, HSE Unit, Dr. Anselm Nwanze; Head, Legal Services Unit, Egejuru Victor; Head, SERVICOM, Bolaji Kehinde; Head, Reform Coordination Unit, Kabiru Murnai; and Head, Marine Environment Management Department, Dr. Felicia Mogo.
The Agency’s spokesman, Phillip Kyanet, is among the newly promoted Deputy Directors.
Director-General of NIMASA, Dr. Bashir Jamoh, congratulated the promoted staff and charged them to bring their wealth of knowledge and experience to bear on their new positions.
Jamoh stated: “To whom much is given, much is expected. This promotion is intended to reinvigorate the attitude of staff to work and bring about more commitment towards transforming the fortunes of the maritime sector.”
He added that well-motivated staff are the driving force for the maritime industry transformation for economic development.