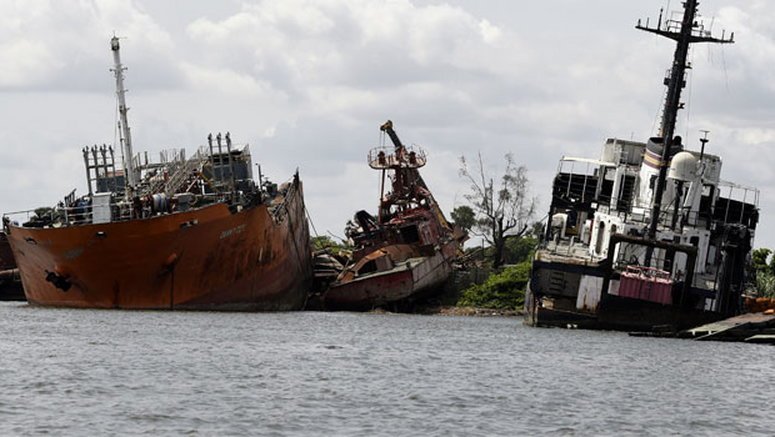 Lagos —The management of the Nigerian Maritime Administration and Safety Agency (NIMASA) has said that the agency is partnering with the Bayelsa State Government to revive the moribund Nigerian Railway Corporation (NRC) foundry located at Ebute Metta Lagos for the recycling of shipwrecks that will be removed from the nation’s waterways.

Disclosing this at the on-going while addressing newsmen at the ongoing 3-days National Transport Summit of the Chattered Institute of Transport Administration of Nigeria, CIOTA, taking place in Abuja NIMASA’s Director General Dr. Bashir Jamoh said that the foundry when completed and operational will also create 1,000 job employment for Nigerians.

While fielding questions from journalists, Dr Jamoh who doubles as the President of CIOTA assured that the wreck removal exercise which was flagged off by the agency recently is progressing fine, adding that the wrecks would be transferred to the railway foundry for recycling.

According to him, NIMASA has entered into a Memorandum of Understanding with the Bayelsa State Government to invest the needed capital in the project and bring a South African company to run it.

The foundry, which was established by the colonial administration several years ago, was meant to serve as spare parts support, it however went comatose in the late 1980s.

Speaking, the NIMASA DH said “The wreck removal exercise is ongoing, the Bayelsa State Government, the Nigerian Railway Corporation and NIMASA have signed a Memorandum of Understanding on the use of these wrecks, however we are yet to get to the level of execution”

“The Nigerian Railway Corporation has a foundry that is over 100years old, the foundry is still working and it’s equipment are still there. What we intend to do is to bring a South African company that would now reactivate the foundry, NIMASA and the Bayelsa State Government would now be the investors to bring money to buy equipment in reviving the foundry”

“In doing so, we will be carrying wrecks to the foundry, melt it, and produce iron for the utilisation of the rail lines, spare parts, bolt and nuts”

“In the process, we would be creating employment, we expect to create not less than 1,000 job employment at the foundry”

“The foundry still has its staff, and we are determined to open it up again through public private partnerships because we don’t want to waste the resources of government. If it is only NIMASA, they might want to use the proceeds of the investment the way they want, but if it is a partnership, within three years if the foundry grows, we can go public” he saidRecycle shipwreck