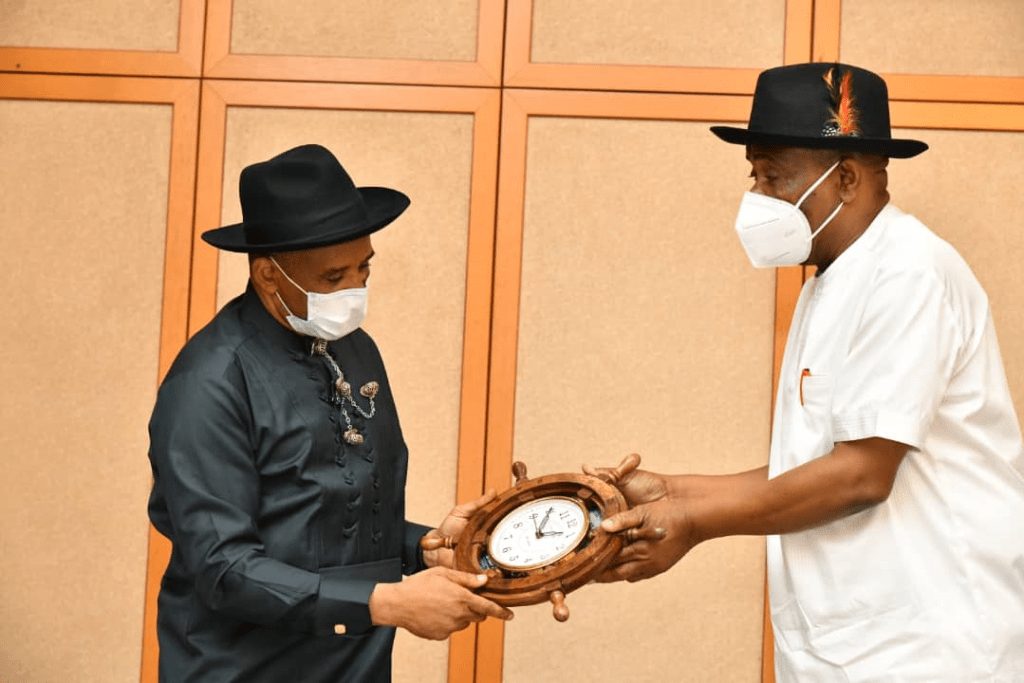 Jamoh disclosed that the scholarship would be for secondary school leavers, who would be nominated by the State Government.

He said the beneficiaries will undergo three years Marine Engineering and Marine Architecture courses abroad, to be fully funded by at the agency.

Jamoh further disclosed that Rivers State being the second largest maritime hub in the country, NIMASA would build a befitting centre of excellence for educational development in maritime studies, as well as befitting office complex in Port Harcourt.

He expressed NIMASA’s readiness to collaborate with Rivers State government in tackling the menace of maritime insecurity in order to encourage maritime investors in the State.

Governor Wike assured that three students will be selected from each of the three senatorial districts of the State.

The Governor, noted that despite the immediate past Director General of NIMASA being an indigene of Rivers State, he never deemed it essential to partner with the State government because of petty politics.