on: December 05, 2017In: Community Development, featured 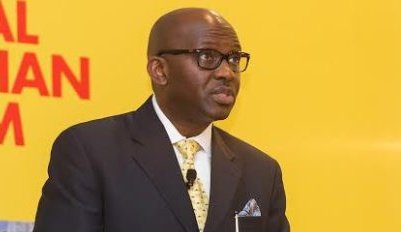 05 December 2017, Sweetcrude, Port Harcourt – As part of its corporate social responsibility, the Nigeria LNG Limited, NLNG, has spent $12 million in provision of engineering laboratories in six universities in the country.
Information exclusively obtained from the company shows that the benefiting universities cut across the six geo-political zones in the country.
The beneficiaries, according to the General Manager, External Relations of NLNG, Dr. Kudo Eresia-Eke, are University of Port Harcourt, University of Nigeria Nsukka, University of Ibadan, Ahmadu Bello University Zaria, University of Illorin and University of Maiduguri.
The company, which is jointly owned by NNPC, Shell Gas BV, Total Gaz Electricite Holdings France and Eni International, said due to the value it placed on education, the laboratories have been completed and in use.
According to the company, “NLNG’s interest in education also influenced its commencement of the University Support Programme, USP, where USD12million has been invested in the provision of world-class engineering laboratories and facilities in six Nigerian universities across the six geo-political zones in the country.
“These laboratories have since been completed and in use.”
The company also disclosed that due to the premium it has placed on education, no fewer than 2,893 undergraduates have passed through its undergraduate scholarship since inception in 1998.
The Nigerian Liquefied Natural Gas Company also said that about from formal education, the company has also bridge the gap in technical education in the country.
To this end, the company has built and equipped a vocational centre in Bonny, where thousands of Nigerians are trained to take up career in vocational occupation.
“NLNG built and equipped the Bonny Vocational Center, BVC, which assists to bridge the gap in technical education in the country.
“To date, BVC has trained over a thousand Nigerians in a range of vocational and related occupational areas such as electrical installation, fabrication, welding and pipe work.
“Others are mechanical fitting and plant maintenance, metal machining, painting and decoration, building construction, business support, plumbing, ICT system support, catering and hospitality, among others,” the company said.