NLNG to create healthy life for Nigerians through gas – MD 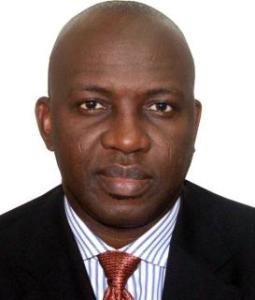 Lagos – The Managing Director of Nigeria LNG Limited, NLNG, Mr. Tony Attah, has said the desire of his company to deepen the penetration of Liquefied Petroleum Gas, LPG, in the country is aimed at creating a healthy life for Nigerians by giving them access to a clean source of energy for cooking.

Attah made the declaration as he announced plans by the NLNG to increase its allocation of LPG to the domestic market from 350,000MT to 450,000MT by 2021 during a webinar organised by the Oil and Gas Group of the Nigerian-British Chamber of Commerce, NBCC, with the theme: “Oil and Gas Downstream and Midstream Sectors: The Way Forward.”

Attah said with Nigeria being a gas country with a proven reserve of 203 trillion cubic feet of gas, it was time to use the product to drive the nation’s human capacity development and economic growth.

He said the declaration of the year 2020 as the Year of Gas by the Federal Government was not sufficient, stressing that a decade should be dedicated to the utilisation of gas to transform the country.

”We have approached our board to get a mandate to increase NLNG’s contribution to 450,000MT from next year. That is a very positive contribution from NLNG,” Attah said.

He noted that apart from the domestic usage, about 60 per cent of gas was being supplied to power generation plants across the country for electricity purposes.

Attah said this would help create jobs for Nigerians and help to reposition the nation’s economy following the challenges caused by the COVID-19 pandemic.

He said the world was moving toward cleaner energy sources, adding that gas would afford Nigeria the opportunity to become a key player in the energy transition mix.