NLNG to takes final investment decision on Train 7 in October 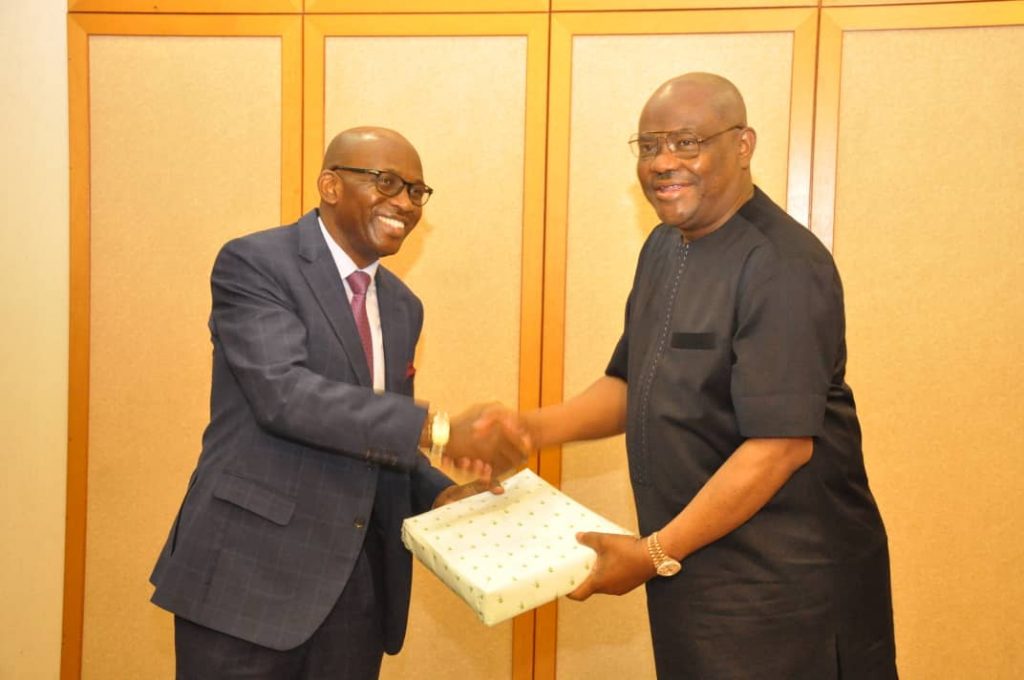 *Governor Wike receiving a souvenir from the Managing Director of NLNG, Tony Attah at the Government House, Port Harcourt on Wednesday.

Port Harcourt — The Nigeria LNG Limited, NLNG, has announced that Final Investment Decision, FID, on its Train-7 project would be taken in October this yaer.

Managing Director of the company, Mr. Tony Attah, disclosed this during a courtesy visit by the management of the gas firm to the Rivers State Governor, Nyesom Ezenwo Wike, at the Government House, Port Harcourt.

Attah stated that NLNG was set to kick off the Train-7 project, which according to him, was expected to cost $6-$7 billion.

He prayed that the second term of Governor Wike would be more rewarding for the people of Rivers State while commending the governor for his contribution to the development of the NLNG.

“The employment side of Train 7 is that it will create about 10-15 thousand jobs for the people of the state. It will build the skills and capacity of the people.

“The final investment decision will be taken in October,” Attah said.

The NLNG boss also informed the governor that the firm has worked out the modalities to ensure that cooking gas is delivered directly to Rivers State, instead of being routed through Lagos.

He appealed to the governor to assist in the realisation of the project by dredging the Iwofe waterway while commending him for promoting security in the state, which according to him, has created the right environment for investment.

“I must commend your efforts in keeping the state safe. We thank you for supporting and building security, which has given us the confidence to invest in the state. Train 7 is a game changer”, he said.

He also briefed Governor Wike on the investments in community health insurance scheme, power supply to Bonny and the eradication of malaria in Bonny.

Responding, Governor Wike declared that the State Government would support the NLNG Train 7 project to take off, because of its potential to create over 15,000 jobs and boost the state’s economy.

Governor Wike commended NLNG for establishing its headquarters in Rivers State and also working to eradicate malaria, adding that Rivers people were happy that the NLNG Train-7 would soon come on stream.

He also commended the management of NLNG for initiating the Community Health Insurance Scheme for Bonny Island, saying that the State Government will partner with the company to achieve the objectives of the programme.

“Train 7 is very key to the development of Rivers State. We are glad that it will soon take off. I am happy with the quantum of jobs that the Train-7 will create in the State.

“However, these jobs should not be cleaners and unskilled workers. I want NLNG to ensure that qualified Rivers people are employed when Train 7 comes on stream.”

On the project initiated by NLNG to supply cooking gas directly to Rivers State, instead of passing through Lagos, Governor Wike assured that the State Government will dredge the Iwofe waterway for that purpose.

“I will only support companies that mean well for the people of Rivers State. My business is to do good for our people so that their lives can improve.

“Other companies should emulate what NLNG is doing in Rivers State. On behalf of the people of Rivers State, I commend NLNG,” the governor said.