NLNG Train 7 project gets final Board approval after 10 years 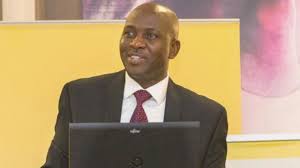 18 October 2017, Sweetcrude, Abuja – The Board of Directors of Nigeria LNG Limited, NLNG, has given approval for the Final Investment Decision, FID, on the company’s Train 7 project.

The implication of this is that the management of the company could proceed with delivering the project, which has been stalled for 10 years as the management awaited board approval to carry on with the project.

The development is a confirmation of a SweetcrudeReports story earlier in the year, quoting the Minister of State for Petroleum Resources, Dr. Ibe Kachikwu, as giving a timeline of 18 months within which the FID would be actualised.

NLNG’s Managing Director and Chief Executive Officer, Mr Tony Attah, disclosed news of the board approval in Abuja, saying: “I am delighted to thank especially the Board members for approving that the Executive management can go straight ahead and work towards delivering the Final Investment Decision for Train 7 Plus. This is a dream come true for us.”

Attah, who was speaking at the send-off and welcome ceremony for out-going General Manager, Human Resources of NLNG, Mr. Peter Odjoji and newly-appointed General Manager, Mrs. Eucharia Ezeani, respectively, said the company was primed to regain its place as one of the top three gas exporters in the world with the coming on stream of Train 7.

“We were the fastest growing LNG company in the world between 2000 and 2006. Every i8 months we brought up a new train until we got to Train 6 in 2007. So, for ten years we have not brought up any train. This is undoubtedly a watershed moment for the NLNG and Nigeria,” he said.

“Plans for building Train 7 that will lift the total production capacity to 30 MTPA of LNG are currently progressing with some preliminary early site preparation work initiated.”

The Managing Director added that the company was involved in a lot of projects towards growing the Nigerian economy and improving the lives of communities where it operates.

He noted that only last week, the Vice President, Prof. Yemi Osinbajo, was in Rivers State to flag off the 39km Bonny-Bodo road, describing it as “another vision the NLNG is helping to bring to light.”

“The project is N120 billion, and we have committed to paying N60 billion, which is half of the entire project. That road will transform the Niger Delta region. I think the NLNG is set for even greater things,” he said.

Speaking on the sideline of the annual Offshore Technology Conference in Houston, Texas, United States in May, Minister of State for Petroleum, Dr. Kachikwu, had hinted that the FID for the NLNG Train 7 project would be taken before 18 months. The story was reported exclusively by Sweetcrudereports.

He had assured then, that within the next 18 months, partners in the NLNG Train-7 project should take the Final Investment Decision to enable the project to proceed.

The NLNG is owned by the Nigerian National Petroleum Corporation, NNPC, representing the Federal Government of Nigeria, with 49 per cent stake; Shell with 25 per cent, Total LNG Nigeria Limited (15 per cent) and Eni (10.4 per cent). From an initial investment of some $2.5 billion by these investors, the company has grown into a $15.6 billion investment with an asset base of about $11 billion.