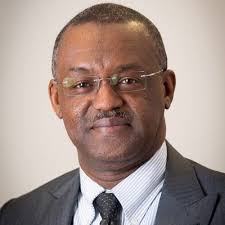 The NLNG Train 7 project aims to increase the company’s production capacity by the expansion of Trains 1-6 and associated infrastructure at an estimated cost of $4.3 billion.

The Deputy Managing Director of NLNG, Mr. Sadeeq Mai-Bornu, disclosed this to our correspondent at an event in Port Harcourt, the Rivers State capital.

Mai-Bornu, explained that the company was also investing in vocational training and that over 483 people have been trained and awarded Level-3 advanced diploma in its vocational centre in Bonny.

According to him, “With our Train-7 project that is coming up, it will create a lo of opportunities for people to be trained in vocational skills, and also to be employed in the construction phase, and even post construction when the plant is on stream.

“We envisaged almost 78,000 jobs would be created in the Train-7. Our stakeholders are committed.

“Like the Rivers State governor said that when you talk about insecurity in the N’Delta, it’s because something has not been done. You saw what happened in the amnesty program where about 40,000 people got engaged and there was relative peace.

“So creating jobs is an opportunity and I think it’s not only about unskilled jobs, that’s why NLNG is investing in education.”

The Deputy NLNG boss also disclosed that scholars and star awardees who have been sponsored by the company to obtain masters degrees in the United Kingdom with distinctions, will not have automatic employment into the company.

He said employment process into NLNG was rigorous.

“We have a rigorous process for employment, normally as a company we advertised, but the star awardees will have the opportunity to apply because they are qualify, but whether we can make a consideration for that, we have to take it to the shareholders and the board. But we are looking at that, how we can see the star awardees really getting the opportunities.”

It should be noted that NLNG is a private limited liability company owned by the Federal Government of Nigeria, represented by the Nigerian National Petroleum Corporation, NNPC (49%), Shell Gas B.V. (25.6%), Total Gaz Electricite Holdings France (15%), and Eni International (10.4%).