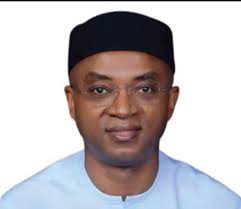 Mai-Bornu, appointed by the NLNG board in April 2016, will return to his parent company, the Nigerian National Petroleum Company Limited, NNPC, at the expiration of his tenure in April.

According to NLNG’s General Manager, External Relations and Sustainable Development, Mr Andy Odeh, Sadeeq has contributed immensely to the growth and repositioning of the company since 2016.

Odeh also said Ogunleye has been instrumental to the Federal Government’s gas programmes. “During his tenure, Sadeeq contributed significantly to repositioning NLNG as a globally competitive LNG company and oversaw vital projects, including the Train 7 project, re-marketing of volumes for Trains 1-3, and the expansion of Company’s domestic LPG market initiative.

“He also oversaw the implementation of the ongoing Bodo-Bonny Road project, one of NLNG’s biggest CSR initiatives, and the NLNG Realigning to Win project, an organisational improvement initiative that has positioned NLNG as a more effective company,” Odeh said.

He added: “Mr Ogunleye, a lawyer, comes to NLNG with rich gas industry experience. At GACN, he oversees adequate gas supply to the domestic market and manages the interface between gas buyers and sellers. He was strategic to the Federal Government’s gas programmes, Decade of Gas and the Autogas initiatives.