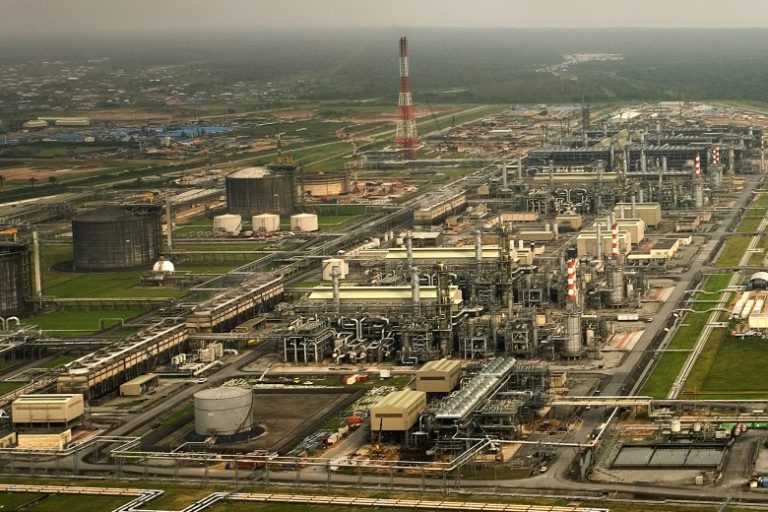 Port Harcourt — The Nigerian Police Force has set up a tactical team for crisis management and security in Bonny, following the planned commencement of the construction of the seventh gas processing plant of the Nigerian Liquefied Natural Gas Limited, NLNG, commonly known as Train-7 project.

To this end, the Deputy Senate President, Sen. Ovie Omo-Agege, and the Inspector General of Police, Mohammed Adamu, have began engaging with the host communities and relevant stakeholders in providing a secured environment for the project.

The duo spoke in Bonny Island, during a familiarization visit to Bonny stakeholders, at the palace of the Amayanabo of Bonny, King Edward People, while sharing share ideas on how to provide security for the NLNG’s Train-7 project.

DSP Omo-Agege, represented by his SSA on Community Affairs, Conflict Resolution and Local Content Matters, Mr Christopher Agaga, said the IGP’s Tactical Team for Bonny Kingdom would manage the security coverage of the project in collaboration with other security agencies in the country.

He said the move was imperative following the level of importance which the Federal Government attaches to the Train-7 project, which would create thousands of direct and indirect jobs as well as revenue generation.

He also stated that the IGP Tactical Team wil partner with all relevant stakeholders, in ensuring that opportunities in the project are available to the host communities in particular and Nigerians in general.

“The NLNG Train-7 project is the biggest in Africa. It is also the most attractive project in Africa, hence it will attract the good, the bad and the ugly. It will attract people that have good intentions and negative intentions.

“Based on that, the IGP being the chief internal security officer of the country, has set up a tactical team for crisis management to manage security for the project, working with the community and all stakeholders. It is important for a strong security architecture is put in place.”

Also, the Inspector General of Police, Muhammad Adamu, represented by the Team Lead, IGP Tactical Team on Train-7, ACP Usman Magaji, said given the huge economic potentials of the project, it has security implications for the host community and the country.

The IGP explained that this informed the need to engage stakeholders on how to tackle any security challenges that may arise before, during and after the project.

“We know that the NLNG Train 7 project is of immense economic potential for the country and for Bonny Kingdom, hence the security implication for the host community and the nation at large.”

Responding, the Chairman, Bonny Council of Chiefs, Se-Alabo Dagogo Wilcox, who commended the Deputy Senate President and the IGP, said Train-7 project was one that everyone in the kingdom looked forward to.

Wilcox who noted that security was of paramount importance in the project, assured the team of Bonny Kingdom’s support to ensure that the IGP Tactical Team succeeds on its mandate.