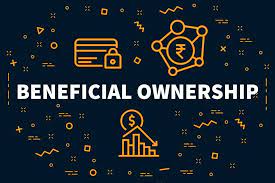 Lagos — Nigeria has been recognised with an award as the best in oil and gas reforms at the Open Government Partnership global awards in Seoul, South Korea.

Nigeria floored other African member countries and the Middle East to win the award on the basis that it was the first to implement a Beneficial Ownership register to end anonymous companies in their countries.

The Minister of Finance, Budget, and National Planning, Zainab Ahmed, congratulated Nigeria on the award and noted that establishing a beneficial ownership register had helped Nigeria “track, reduce and arrest corrupt practices that are undertaken either by companies or beneficial owners of companies.”

The Deputy Director/Head Communications & Advocacy of the Nigeria Extractive Industries Transparency Initiative, Obiageli Onuorah, said in a statement that a lot of factors were considered before Nigeria was picked for the award.

Onuorah said the summit considered the government’s overall commitment to reforms in the oil, gas, and mining sectors, as well as the support given to NEITI to establish a beneficial ownership register of companies in a business in Nigeria’s extractive sector.

Also considered were the broader reforms in beneficial ownership disclosure by the CAC through the amendment of the Companies and Allied Matters Act (CAMA) and the recent Petroleum Industry Act (PIA).

Commenting on the feat, the Executive Secretary of NEITI, Orji Ogbonnaya Orji, expressed delight that the international community was beginning to assess Nigeria’s efforts at fighting corruption and deepening its democracy.

He described the award as impressive and encouraging, considering the political will and enormous resources the government had deployed to reposition the extractive industry to benefit all Nigerians.
The Open Government Partnership (OGP) is a partnership of 78 countries, 76 local governments, civil society organizations, which altogether represents more than 2 billion people.