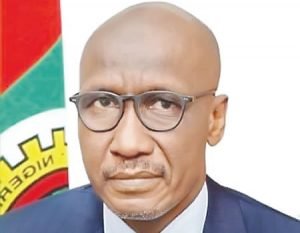 Lagos — The Nigerian National Petroleum Corporation, NNPC, has cleared the air on alleged financial breaches in its operations by the Special Presidential Investigative Panel for the Recovery of Public Property.

Speaking while receiving the Chairman and members of the panel at the NNPC Towers on Monday, Group Managing Director, GMD, of the NNPC, Mallam Mele Kyari, said the Corporation had nothing to hide as it stood to gain a lot by being transparent in all areas of operation.

“Every member of our Management shares the vision of Mr. President that Government’s institutions must be accountable to all Nigerians. We know that we will gain more by being more transparent. We have nothing to hide,” Kyari told the Panel.

Responding to the issues raised by the Panel on the alleged underpayment of lease renewal fees on Oil Mining Leases, OMLs, 67, 68, and 70 by ExxonMobil, Kyari said the company paid $600m which was their equity contribution of 40% of the Joint venture agreement after which NNPC was to pay the remaining 60% but it became unnecessary as it represented the government.

“Ordinarily, NNPC would have contributed the balance of 60% of the amount which literally meant government paying monies to itself. There was no need for that,” Kyari stated.

On the alleged breach of government’s Treasury Single Account, TSA policy, the GMD said the NNPC has no secret account, emphasising that “there is no single account NNPC is operating that is unknown to the Federal Government. Any account(s) outside the TSA platform are partner accounts which we have obtained due approvals from the government.”

Kyari, who observed that all monies belonging to the corporation were domiciled with the Central Bank of Nigeria, CBN, added that the Corporation’s account managers remain the CBN and the Accountant General of the Federation.

Shedding more light on the alleged non-remittances of taxes and royalties by the Nigerian Petroleum Development Company, NPDC, NNPC’s upstream arm, Mele Kyari stated there were outstanding payments which arose as a result of the pillage that occurred before 2015.

He, however, assured the Panel that this administration has made concerted efforts to reconcile every payment due to the Federation on taxes and royalties.

“The only outstanding payment is the $600m and we have a pre-payment plan with the Department of Petroleum Resources, DPR such that by mid-2020, we will have money left to be paid”, he noted.

On alleged non-remittances by some oil companies operating in the country, the NNPC boss said it was the responsibility of the Federal Inland Revenue Service, FIRS and the Department of Petroleum Resources, DPR to collect taxes and royalties from oil companies, including those on Joint Venture, JV and Production Sharing Contract, PSC arrangement.

Kyari further noted that the NNPC would provide the necessary support to the agencies concerned in that regard though it has no legal obligation to do so.  “As an enabler organization, we will support them because we see our roles beyond our immediate responsibility,” he said.

While affirming the Corporation’s commitment to transparency and accountability, Kyari said the Corporation is one of the most accountable public institutions in the country, saying ‘’this is the only company that publishes its operations and financial reports monthly. I’m not aware of any company that does that in the world.”

Earlier in his remarks, the Chairman of the Presidential Panel, Chief Okoi Obono- Obla said their visit was to seek synergy with the NNPC towards reforming the country and particularly to clear the air on issues relating to the operations of the Corporation.

He expressed the Panel’s satisfaction with NNPC’s “frank and honest responses on the issues raised, describing the Corporation “as a very important and transparent national institution with a GMD who has a track record of accountability and transparency in his public career.”

He added: “The GMD has a reputation for being an apostle of accountability and transparency. I feel very happy that somebody like him is coming out to clarify the key issues. Nigerians have been misled, it behooves on every organisation to tell Nigerians the truth to engender transparency in the entire polity”.