NNPC to invest in ethanol production in Kebbi 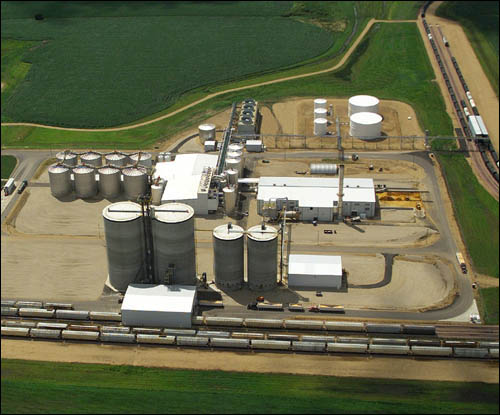 19 November 2017, Sweetcrude, Abuja – The Nigerian National Petroleum Company (NNPC) has concluded plans to invest in the production of ethanol, an organic compound used as automobile fuel, in Kebbi State.

An official from the NNPC, Mr. Talson Begen, who led a delegation to the state stated this to journalist shortly after meeting the Kebbi State Governor, Senator Abubakar Atiku Bagudu, on the project at the Government House in Birnin Kebbi.

According to him, the project which has the capacity of creating 1 million new jobs in Kebbi is a venture that will involve private investors, adding that the Kebbi State Government is expected to provide the land and the NNPC is expected to control 30 percent equity in the project.

“The project is private sector driven and is expected to start in the next 18 months. It is also expected that the project will boost agriculture in the state because of extraction of ethanol from sugarcane as fuel for cars,” he said.

In his response, the Kebbi State Governor, Sen. Bagudu, expressed delight in the choice to site such a gigantic project in Kebbi State. He then commended the policy thrust of President Muhammadu Buhari to make NNPC a company that invests in energy.

He assured NNPC that the choice of Kebbi for the project was in the right direction because almost all the 21 local governments in the state grow sugar cane which is a major source of ethanol.