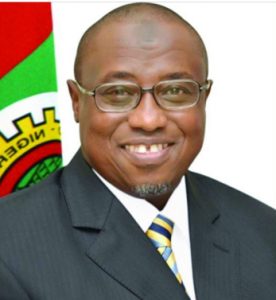 29 June 2018, Sweetcrudereports, Lagos — The Nigerian National Petroleum Corporation, NNPC, has justified its N147 billion June remittance to the Federation Accounts and Allocation Committee, FAAC, saying it is in line with the terms of agreement it had with governors on the matter.

A release Thursday by NNPC’s Group General Manager, Group Public Affairs, Mr. Ndu Ughamadu, stated that the agreement NNPC had with the governors was that the corporation would make a monthly remittance of N112 billion to FAAC subject to sufficient funds from sales of domestic crude oil allocation for the corresponding month after meeting cash call obligations on JVs, deductions of Premium Motor Spirit, PMS-cost under recovery and pipeline maintenance.

The release stated that NNPC was able “to surpass the terms of agreement with the governors on the monthly remittance for the month of June by N35billion”, having taken a cue from their postures by taking from the sum meant for settling cash call obligations.

The corporation said it regretted the governors’ additional request of N40billion, saying it was unfortunate, given the fact that NNPC is set to exit the cash call phenomenon.

NNPC’s statement came following accusation of under-remittance for the month of May.

For the third time in six months, FAAC’s meeting had ended in stalemate on Wednesday over alleged differentials in figures remitted to the federation account by NNPC.

FAAC members, comprising of commissioners of finance of the 36 states of the federation, the Federal Capital Territory, Abuja and representatives of the various agencies of government who convened at the federal ministry of finance in Abuja, were dismissed after the two-day meeting due to what was described as “impunity” on the part of the nation’s oil company.

Members of FAAC had unanimously voted to reject the amount that was remitted by NNPC as revenue for the month of May.

According to information gathered by SweetcrudeReports, the meeting was postponed to next week because the money NNPC submitted was too small compared to what they were expected to bring into the federation account for the month